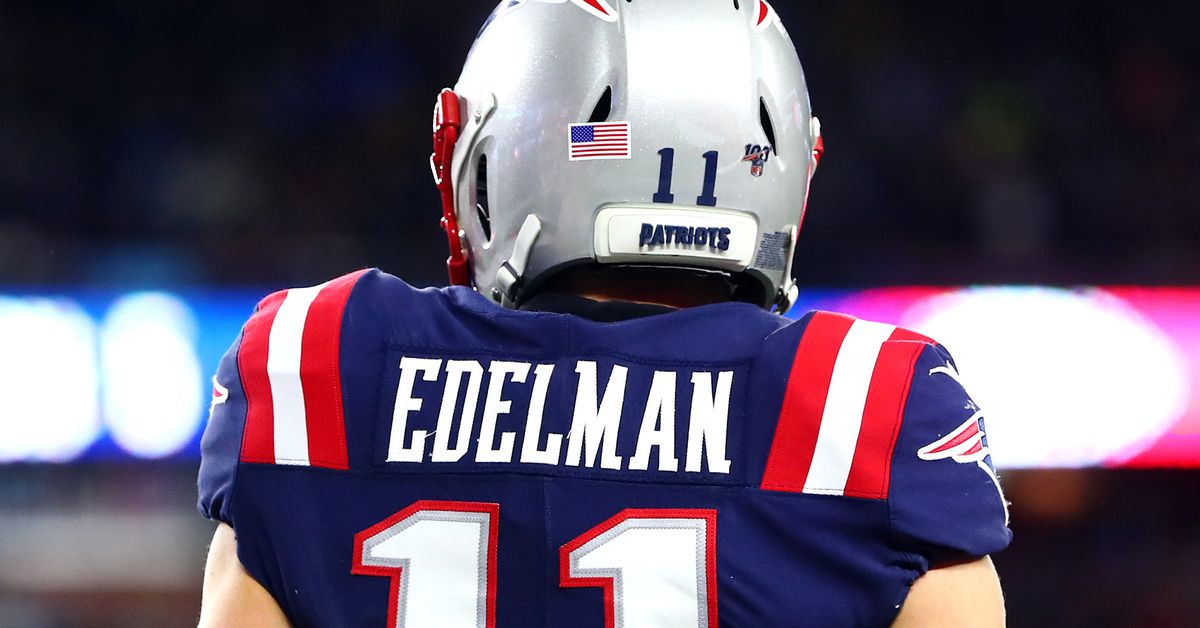 With the launch of organized team activities on Monday, the New England Patriots announced new jersey numbers for their off-season veteran acquisitions (i.e. all players brought on board not via draft or rookie free agency) along with a handful of other changes.

With plenty of time in the offseason, let’s take this opportunity to dig a little deeper and find out who has already donned these 13 new numbers. Let’s start with the lowest distributed by the team and go through them one by one.

Most recently worn by: Quinn Nordin

Worn most often by: Stephen Gostkowski

The No. 3 shirt was worn by the organization’s all-time top scorer, Stephen Gostkowski, between 2006 and 2019. Gostkowski is actually one of only four players to date to don the No. 3 in a match with fellow specialists Bruce Barnes (1973-74), Rich Camarillo (1981-87) and Matt Barr (1993-95). The off-season acquisition Jabrill Peppers will actually be the first non-kicker to wear number 3.

Most recently worn by: Jarrett Stidham

Worn most often by: Adam Vinatieri

Worn by quarterback Jarrett Stidham for the past three years, the No. 4 jersey is primarily associated with Adam Vinatieri. A former rookie free agent, Vinatieri wore it between 1996 and 2005 and played a crucial role in the Patriots’ victory in their first three Super Bowls. Aside from Stidham and Vinatieri, however, only two other players have worn No. 4 in a Patriots game: punter Jerrel Wilson (1978) and kicker Jason Staurovsky (1988-91).

Most recently worn by: Riley Patterson

You thought Julian Edelman was the last player to wear number 11 for the Patriots, right? Well, it wasn’t: Practice kicker Riley Patterson wore it for a month last season before getting poached by Detroit. Prior to Patterson, however, No. 11 was indeed Edelman’s. The former college quarterback won three Super Bowls between the 2009 and 2020 seasons, earning an MVP award along the way. Edelman is a true New England legend, as is another of seven total players to wear No. 11 in a game: former franchise quarterback and Patriots Hall of Famer Drew Bledsoe ( 1993-2001).

Most recently worn by: De’Vante Bausby

Only seven players have worn the No. 13 jersey in a regular season or playoff game for the Patriots. The most recent owner never did that: cornerback De’Vante Bausby donned it while on New England’s practice squad last year. Before Bausby, wide Phillip Dorsett (2017-19) and Joey Galloway (2009) as well as quarterback Tom Hodson (1990-92) were the most notable players to wear it.

Most recently worn by: Marvin Hall

Worn most often by: Steve Grogan

The No.14 shirt has had its ups and downs over the years. While the last three men to wear it – wide receivers Mohamed Sanu (2019), Donte Moncrief (2020) and Marvin Hall (2021) – had limited impact, it was also worn by Patriots Hall of Famer Steve Grogan . The former starting QB wore it between 1975 and 1990, starting 138 games along the way. Additionally, it has been worn by quarterback/running back/punter Tom Yewcic (1961-66) and wide receiver Brandin Cooks (2017).

Most recently worn by: Malcolm Perry

Worn most often by: Brandon Lafel

Malcolm Perry already wore number 19 as a member of New England’s practice squad last year, so his inclusion on the team’s published list is curious. Nevertheless, he is the last man to wear it. The last to put it on in a game, however, is Isaiah Zuber, who caught two assists in four games in 2020. The most high-profile person to carry 19 on his shoulders, meanwhile, is Brandon LaFell: despite only spending two seasons in New England in 2014 and 2015, he proved to be a valuable member of a Super Bowl-winning team.

Most recently worn by: JC Jackson

Worn most often by: JC Jackson

Most recently worn by: Sean Davis

Worn most often by: Mosi Tatupu

Wilson’s number has a long history in New England: 15 different players have worn it in a game for the team, including Super Bowl-winning defensive backs Duron Harmon (2013-17) and Jason McCourty (2018-20). ). If there’s one player associated with him, though, it’s running back Mosi Tatupu. The former eighth-round draft pick appeared in 201 games for the organization between 1978 and 1990. While primarily a role player, Tatupu was the cornerstone of those Patriots teams — and was even mentioned in a classic episode of The The Simpsons in 1992.

Most recently worn by: D’Angelo Ross

Worn most often by: Sam Cunningham

Traditionally a running back number in New England, Mitchell is now the third consecutive defensive back to wear No. 39: Jordan Richards (2019) and D’Angelo Ross (2020) have worn it before him. The biggest names associated with it, however, are all running backs. Sam Cunningham (1973-1982) stands out among a group that also includes Laurence Maroney (2006-09) and Danny Woodhead (2010-12).

Most recently worn by: RJ-Prince

Worn most often by: Sam Adams

Most recently worn by: Korey Cunningham

Worn most often by: Shelby Jordan

A considerable number of players have worn the 74 shirt over the years, but only one really stands out. Of the 22 men to call him their own, former offensive tackle Shelby Jordan is the most notable: he started 89 games at the right tackle for the team between 1975 and 1982. Other players to wear No. 74 in a game include defensive end Chris Sullivan (1996-99), current offensive line coach Billy Yates (2004-08), and most recently backup lineman Korey Cunningham (2020).

Most recently worn by: Devin Smith

Worn most often by: Vincent Brisby

The No. 82 has flown mostly under the radar for the past six decades of Patriots football. Wide receiver Vincent Brisby, who appeared in 89 games between 1993 and 1999, is probably its most famous carry. Other players of note to don the jersey include Jim Whalen (1965-69), Daniel Graham (2002-06) and Benjamin Watson (2019). Devin Smith, who has never played for the club, wore it until his release last July.

Most recently worn by: Tre Nixon

Worn most often by: Rob Gronkowski