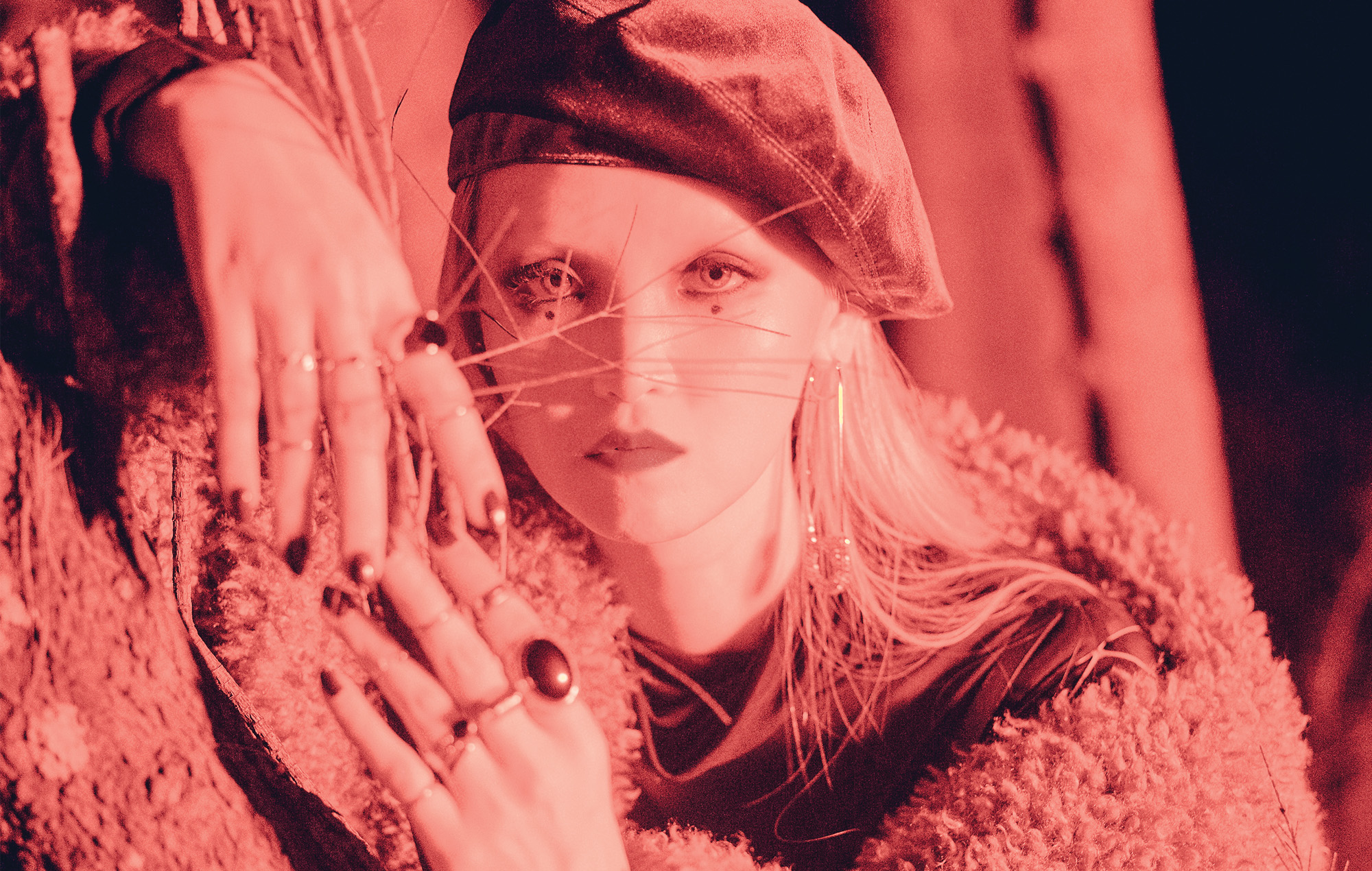 “Apart from all the romance and mystery in our music, we really don’t know if we’ll live until tomorrow”

Aspidistrafly knows he took his time. In 2011, the Singaporean duo of singer-songwriter April Lee and producer Ang established themselves as cult favorites with the pastoral ambient folk of their second album ‘A Little Fable’ – to leave fans expecting more. 10 years for its follow-up.

“I don’t think I’ve gone a day without feeling bothered that it wasn’t over,” Lee says of the decade of radio silence.

“It’s not like we just stopped and forgot,” says Ang. “For 10 years, this [new] album has been a constant in our lives.

Ang’s words seem fitting for “Altar Of Dreams”, which has been shaped not only by the decade that has passed, but also by Aspidistrafly’s own history. “I started exploring music as a 15-year-old simpleton on a cassette player, discovering that recording in marble bathrooms gave a beautiful reverberation,” Lee says of the band’s founding. as a home recording project born from the ashes of a former shoegaze. four pieces.

Despite Aspidistrafly’s shoegaze roots, their goal “wasn’t to become the next Slowdive or Ride,” as Ang jokes. Instead, the duo were drawn to the textural possibilities of the genre. They were also influenced by ethereal songcraft (think Cocteau Twins and David Sylvian) and experimental sound art, all influences you can hear in the intimate dreamscapes of their debut EPs and 2008 debut album.” I Hold A Wish For You”.

This record clearly showed that, sonically, Aspidistrafly stood out in the Singaporean music scene of the 2000s. It was only online that they found their peers: on Myspace, they became familiar with an emerging wave of like-minded Japanese composers and producers. Receiving their first performance offerings through the platform, the duo began traveling to Japan regularly and eventually adopted the country as their second home.

Finding a coalesced community around them, Lee and Ang created KITCHEN. LABEL, which began hosting artists at the intersections of ambient and neo-classical music. Japan and their growing label influence ultimately fueled Aspidistrafly’s signature sound, embodied in their acclaimed 2011 LP “A Little Fable”. A cinematic collection of diaphanous vibes and smoky chamber folk cuts, the record sparked several Asian tours for the duo – a momentum that initially launched a third album.

But their plans were abruptly derailed in 2015 just before the album was finished. Ang developed tinnitus, which profoundly affected his ability to mix. “I still haven’t gotten over it…but like all rockstars, you live with it,” he now laughs.

So the duo embraced the rhythms and romances of life: Lee pursued careers in fashion and advertising, Ang made KITCHEN a famous ambient outpost, and they both moved in together, now married. .

“For 10 years, this [new] album has been a constant in our lives”

Four years ago, however, the duo noticed a sudden increase in their viewership. Once again, social media gave Aspidistrafly a second wind as a wave of cottagecore enthusiasts on Tiktok, Twitter and Spotify embraced the dusty charms of “A Little Fable”.

Revitalized by a new generation of fans, Aspidistrafly revisited their dormant album to find themselves creatively renewed by the years that followed. “A lot of time was spent contemplating, discovering and re-imagining lost memories, existence, nature, the world, society or my faith,” says Lee.

Endless reincarnations later, ‘Altar Of Dreams’ emerged. Long-time listeners will immediately notice the disc’s crystal clear clarity. This departure from their signature lo-fi haze was informed by years of crate hunting and an interest in new age music, as well as ’80s high fidelity, from Tears For Fears to Japanese pop.

These stylistic touches are revealed throughout the tracklist: synths and gated reverb fill the gothic anthem “Companion Of Owls”, while on “Quintessence”, Lee skims over ambient loops and clinical drum machines, cementing a earthy vocal transition she developed along the way. karaoke sessions and a new obsession with R&B.

While Lee compares “A Little Fable” to an animated movie set in a fantasy forest, on the new disc she documents the real world – or at least her own visions of reality, untainted by existential crises. “My role as a songwriter is purely that of an imagining dreamer,” she says. “I’m curious about ideas or questions rooted in the subconscious that don’t usually surface on a daily basis, or even scarier, that which is unknown to us.” As a result, Lee was inspired by her lucid dreams, even writing the graceful title track following a dizzy dream.

Such world-building has always been at the heart of the Aspidistrafly project. As Ang points out, Lee’s songs serve as launching pads for experimentation, rather than mere fodder to fill track listings. As a result, making ‘Altar Of Dreams’ a cohesive record became their biggest challenge. “We never want to do a greatest hits album,” Ang says. “From my point of view, I wanted to recreate our inner landscape in music.”

This search for cohesion explains the interstitial elements of the disc, which are also windows on the own temporal and stylistic stories of Aspidistrafly. Opener “How To Find A Marblewing” predates Aspidistrafly’s debut LP as Lee’s first-ever sonic collage, constructed from collections of found sounds dating back to the ’90s. On other interludes, his cross-disciplinary influences emerge, through homages to Shiseido and surrealist fiction. “Music for me has never been siled music,” says the multi-hyphenate. “I think down to detail, texture and tone, and then I’m able to reproduce that resonance in words and layers of sound.”

Several Japanese musicians, including KITCHEN of Aspidistrafly, provide more sonic layers on ‘Altar Of Dreams’. label partners, who have been an integral part of the growth of Aspidistrafly. “The Voice Of Flowers” ​​features piano from KITCHEN founding artist Haruka Nakamura, while the title track features string arrangements from composer Kyo Ichinose, who previously featured on “A Little Fable.”

Meanwhile, the “Silks And Satins” sound collage is a collaboration with Kanagawa sound artist Sugai Ken that samples Singaporean horror dramas that have previously aired on local broadcaster Mediacorp – shows that fascinated Lee and Ang. when they were children. Singapore remains an irreplaceable part of Aspidistrafly’s identity, however subliminal its presence may be.

Ang, for example, found 80s influences in “Altar Of Dreams” eerily reminiscent of their Singaporean childhood. “In a way, he’s trying to find and recreate something that I thought I had forgotten,” he says. Lee adds: “We live in a city in extreme and constant renewal, to the point that the places where I spent my childhood no longer exist.

Reflecting on their third LP and its career ladder, Lee admits that in the end, they’re glad they took the time to produce their best work. “Sometimes I have nightmares about re-recording it over and over again,” she says, calling Ang both her biggest fan and her toughest critic. “If he had given us slack a few years ago, I think we would have regretted what we released.”

“Apart from all the romance and mystery and daydreaming in our music, in reality, we really don’t know if we’ll live until tomorrow,” she says soberly. “At the end of the world, this album is something that I am happy to have finished and presented – to those who were waiting for it or those who have not yet discovered it.”

Aspidistrafly’s “Altar Of Dreams” is now available on KITCHEN. LABEL