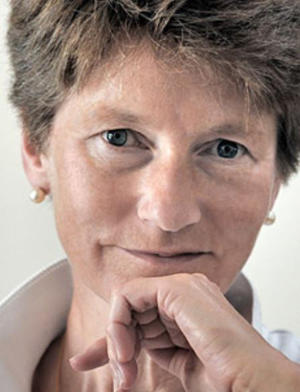 WILMINGTON, NC, March 31, 2022 /24-7 PressRelease/ — Pushing the boundaries of temporal fiction and the imagination, “The Amber Crane” by award-winning author Malve von Hassell is the tale of a journey from past to an unimaginable future, set in two devastating wars three hundred years apart and steeped in the traditions and legends of amber from the shores of the Baltic Sea.

Holding in his arms precious amber found in a clump of seaweed, Peter has a choice to make. Despite the severe penalties for such an action, Peter keeps the amber and works on it in secret, with potentially disastrous consequences for his loved ones. Meanwhile, unaware of the magical powers of the amber piece, Peter finds himself drawn into a world three hundred years in the future where he is drawn into the troubles of a mysterious stranger.

The Amber Crane is enjoyable historical fiction that introduces readers to the amber trade, medieval guilds, the historic region of Pomerania along the Baltic Sea, and two major wars in that same region, three hundred years apart. . Written for young adults ages 12 and up, the book would also be enjoyed by adults, especially readers interested in history. There is no outright graphic violence, even though violence and the Holocaust are all referenced. It is therefore suitable for young readers. The main character is 15 years old.

“The historical context of this novel has been portrayed with a keen sense of understanding for both periods. Malve von Hassell wrote a novel of intrigue, danger and consequence. All actions have results, and this book gives a wonderfully comprehensive idea of ​​the importance of Peter taking the amber pieces, breaking the rules and how it affects the lives of those around him Everyone is affected in one way or another by his actions , and it stretches far into the future, three hundred years into the future, to be exact. Taking amber has had both good and bad results, and this novel explores the idea of ​​just how far the effect of a decision can be propagated.

Malve von Hassell’s The Amber Crane is a well-crafted novel. Like a master craftsman working the finest amber, this novel is an object of beauty and elegance. Coffee Pot Book Club Editorial Review

“Malve von Hassell does an outstanding job of setting up a very exciting and unique story from the first pages and the inciting incident.”

“The author has a knack for sentence structure and word usage that engages the reader every step of the way, as if being swept away by the magical amber stone. This is recommended for someone who wants a taste of fantasy and history woven into one, focusing more on characters rather than the massive details of the Thirty Years’ War and World War II.Historical Fiction Company Editorial Review

“Malve von Hassell brings us dreamscapes of endurance and light amidst the twin horrors of the Thirty Years and World War II that she has painstakingly researched. Peter harnesses the magical properties of his secret amulets, which catapult him in time travel and the parallel settings of 1644 and 1944. Despite a backdrop of unspeakable devastation, this is not a dark story.

“The Amber Crane is a well-paced and truly engaging coming of age story filled with adventure, mystery, intrigue and romance. This superbly crafted novel successfully weaves together elements of historical fiction and science -fantastic fiction to depict how its young heroes face challenges and overcome adversity in a sophisticated narrative spanning three centuries and two devastating wars. Highly recommended!”

Other works by Malve von Hassell include:

Malve von Hassell is available for media interviews and can be reached using the information below or by email at [email protected]. All of his books are available at online outlets. More information is available on its website at https://www.malvevonhassell.com.

Malve von Hassell was born in Italy and spent part of her childhood in Belgium and Germany before moving to the United States. She is a freelance writer, researcher and translator. She holds a doctorate. in Anthropology from the New School for Social Research and has taught at Queens College, Baruch College, Pace University and Suffolk County Community College. Currently, she is working on a biographical book about a woman who comes of age in Nazi Germany.