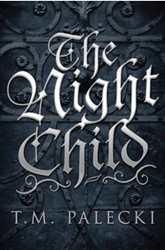 “The child of the night” by TM Palecki

â€œThe main character, Esta, suffers a great loss,â€ said Palecki. â€œAs a lot of people will, she’s starting to avoid anything and everything that could cause her pain. But the wisdom of a friend will break the spell and begin to bring her back to life.

In TM Palecki’s recently published novel, ‘The Night Child’, she shares her love for the ‘old world’, especially the medieval ages, by writing the compelling story of a young girl with mystical powers as she embarks on a journey of self-discovery. . Palecki’s book shares the sense of the meeting of youthful friendship, compassion, strength and extenuating circumstances.

Throughout the book, readers will follow Esta, a daughter of the local midwife and healer, as she welcomes an owl who seals her identity as an only girl who seems to understand the thoughts and feelings of others who can. also tame nature. As rumors spread that Esta is involved in witchcraft and magic, she determines her own destiny and follows her life path, drawing her power from compassion and insight.

â€œThe main character, Esta, suffers a great loss,â€ said Palecki. â€œAs a lot of people will, she’s starting to avoid anything and everything that could cause her pain. But the wisdom of a friend will break the spell and begin to bring her back to life.

The book will leave readers begging for more as they learn more about Esta’s fate as her secrets unfold outside of her village. The book illustrates a true coming-of-age story that will show readers to embrace what makes them who they are. Palecki spices up his love for this era and his many travels by bringing audiences back to an era filled with beautiful castles and wild and wonderful islands.

â€œThe Night Childâ€ offers readers three lessons; self-acceptance, how to overcome a significant loss and how to believe in yourself. Through Esta’s journey, readers will see how important it is to live life to the fullest and embrace all of the aspects that define who they are. This story is a gripping fictional tale of a historical fantasy coming to life.

“The child of the night”

TM Palecki has been an award-winning college theater teacher for 24 years. She attended school in the United States and the United Kingdom and obtained a degree in Theater and Ancient History. Palecki’s love for writing began when she was in high school, and the subject that continues to resonate with her is “the old world.” She began traveling to the UK and Northern Ireland to trace her family lineage and returns often, to find new discoveries and inspiration for the characters in her book, “The Night Child”. A lover of the outdoors, she spends her free time working in her garden or taking her dog, Hagrid, on the nearby hiking trail. Palecki currently resides in Redmond, Oregon with the love of his life, Cam. Palecki will have a book signing on Saturday, December 11, from 1 p.m. to 4 p.m. at Barnes & Noble in Bend, OR.

Share the article on social media or by email: