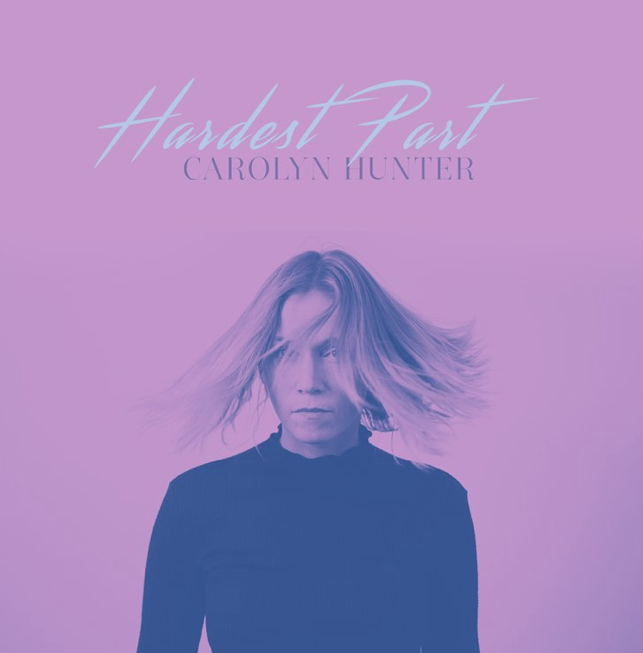 Colorado folk-pop singer-songwriter Carolyn Hunter has announced her new single “Hardest Part.” It’s a lush synth-pop track with whispers of folk that recalls the period between the first kiss and the end of a relationship. “Hardest Part” is the artist’s crisp follow-up to his December 2021 synth-pop album, The light of loveand is his first release of 2022.

“Hardest Part” is a lush synth-pop track with whispers of folk that recalls the period between the first kiss and the end of a relationship.

“Hardest Part” is the artist’s crisp follow-up to his December 2021 album, The light of love, which came together with the same dynamic team of collaborators. Julian Peterson (Producer, Wolf Den Records) and Micah Tawlks (drummer, mixer, side production, Studio Peptalk) shine on this funky synth-pop arrangement and Brian Kesley (Bass, Maggie Rogers) completes the 4 tracks with a regular and hypnotic bass line.

At its core, this track examines the least romanticized part of the journey people go through in a relationship; the part that isn’t defined by butterflies or happily ever after, but everything else. The sometimes mundane familiarity experienced in long-term relationships can ultimately be the thing that drives people apart. With Hunter later choosing to stay in her marriage, choosing the “hardest part” of romance, she says, “I’m so grateful and happy that I did. I have a new perspective on the time my husband and I share together. I respect our history. I feel lucky to have a partner who had the courage to let me figure out some of my deepest questions on my own. I’m also lucky to have someone I like to do all the nothing with.

“Hardest Part” hooks listeners to the top of the track with booming synths and floating delay-kissed electric guitar. The pristine, intimate soundscapes that shine with captivating brilliance on “Hardest Part” come to life with the rich layers of emotion that Hunter has managed to capture through his songwriting and performance. The artist delivers a unique synth-pop sound with pockets of inspiration from icons like Maggie Rogers and HAIIM.

“I couldn’t be happier with how these songs turned out, but the expression took a toll on me. I worked with an incredible coach, Amy Harris. I am learning to separate fantasy from reality. I am finally beginning to land where I am in this world and be able to take in what is REAL. That doesn’t mean I don’t imagine and fantasize like I do in these songs, but I’m better at not getting lost in it. I like being in my life, really being there. Spending time in nature helps.

Carolyn has shared stages around the world with Lang Lang, Karla Bonoff, The Lil Smokies, The Good Lovelies and many more. After graduating from UCLA’s School of Theater Film and Televisions, Carolyn taught herself the guitar and began to pursue her life as a folk singer.

On a small surf island in the Southeast, Carolyn founded the folk-rock group “The Fam Band,” known for its Joni Mitchell-meets-Allman Brothers grooves. After returning to western Colorado, she co-founded the indie-folk band “The Heartstring Hunters”, known for its three-part harmonies and female criticism, and was nominated by Denver Westword for “Best Folk Band”.

Finding solace in Colorado, Carolyn joined the Daniel Rodriguez Band (Elephant Revival) as a vocalist, performing across the country, on public radio and on her latest record “Sojourn of a Burning Sun”. In the Front Range and beyond, Carolyn is often sought after as a collaborator, known for her fairytale melodies, Joni Mitchell subtleties and Tracy Chapman tones.

Show your support for local journalism by helping us do more. It’s a kind and simple gesture that will help us continue to tell you stories like this.

Actors Who Looked Nothing Like The Historical Figures They Played