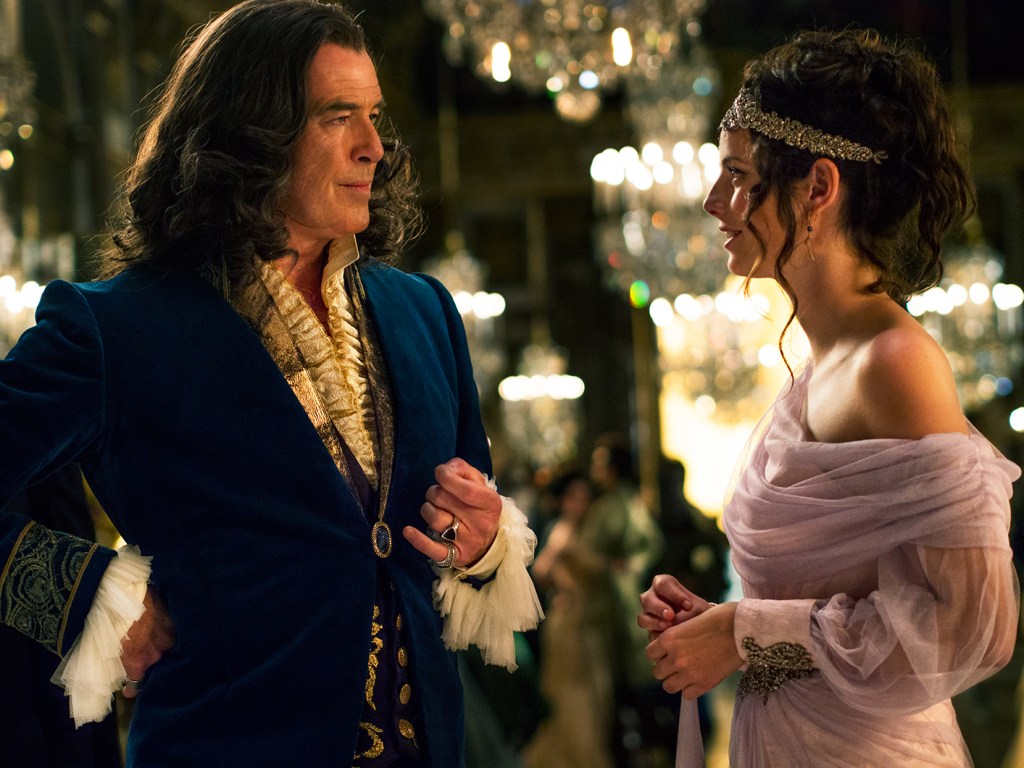 Even With A Mermaid-Centric Plot, Historical Fantasy ‘The King’s Daughter’ Doesn’t Find Its Sea Foot

Like many (but ultimately too few) films, “The King’s Daughter” was not made with the adult male in mind.

At the risk of overgeneralizing, it was built to appeal to the young woman, at least in large part.

So understand that when we say this historic fantasy tale landing in theaters this week – about a French king, his orphaned daughter, and a mermaid whose death could lead to immortal life for another – is too dumb for its own good, we probably were never really meant to get it anyway. It was never meant to attract and move us emotionally.

But that’s pretty silly. And it certainly isn’t.

Hey, it’s not like director Sean McNamara’s latest effort (“Soul Surfer,” “The Miracle Season”) doesn’t have a few tricks up its sleeve in veteran actors Pierce Brosnan and William Hurt, who share the screen quite a bit in “The King’s Daughter”.

Plus, her lead role – Kaya Scodelario, from “The Maze Runner” franchise – is very appealing.

However, screenwriters Barry Berman and James Schamus don’t do anything interesting with the tale and, along with McNamara, struggle to establish anything close to an infectious beat.

“The King’s Daughter” is not, as you might have guessed, an adaptation of the 1974 young adult historical novel of the same name, but instead of Vonda McIntyre’s 1997 Nebula Award-winning book. , “The Moon and the Sun”.

After on-screen text educating us about this fictionalized version of France’s King Louis XIV’s long reign and his desire to rule forever, prompting his commissioning of an expedition to find the lost city of Atlantis, the tale “Once upon a time” really begins.

Borrowing “Enchanted” narrator Julie Andrews, “The King’s Daughter” first takes us to a seaside convent, where Marie-Josephe, orphan of Scodelario, learned to play the cello and compose music. She has long been drawn to water, much to the dismay of the nuns of the convent, whose punishments have not changed anything.

Meanwhile, at Versailles, Louis (Brosnan, with fabulously long hair) charts his course to immortality. The goal of the Atlantis company – led by the courageous captain Yves De La Croix (Benjamin Walker of “Abraham Lincoln: Vampire Hunter”) – is to obtain a mermaid. Encouraged by medical advisor Dr Labarthe (Pablo Schreiber, “Orange is the New Black”), Louis bought into a legend that says sacrificing a mermaid at the time of a solar eclipse will bring immortality.

Sure, that sounds pretty scientific.

Well, Louis’ spiritual advisor, Catholic priest Pere La Chaise (Hurt), doesn’t like that at all. But while Louis enjoys going to confession with him – and quickly gaining forgiveness for the sins of the previous night – he’s not constrained by La Chaise’s constant objections to the plan.

The mermaid (the Chinese star Fan Bingbing, who is also on the bill with a lackluster action with “Le 355”) lands in Versailles, as does Marie-Josephe. Unaware that she is the daughter of royalty – and, of course, of the mermaid’s existence – she was brought in under the guise of a need for a composer to create a special piece of music for an upcoming celebration. centered on the eclipse.

Marie-Joseph introduces herself to the king by falling into a fountain, but Louis is still taken by his daughter, the young woman instantly reminding him of his late mother and provoking emotions in him.

Soon, she in turn befriends Yves, but she also forms a deeply meaningful bond with the mermaid, who calls out to her by singing. The two will do swings; it’s a whole.

Let’s just say that when Marie-Joseph finds out what her father has planned – not only for the mermaid but also for her – the family bond she’s long dreamed of is severely compromised.

Aside from its odd collection of coins, there are few surprises in “The King’s Daughter.”

For example, it’s obvious from the start that Marie-Joseph will be attracted to Yves, not a wealthy young duke portrayed by Ben Lloyd-Hughes (“Divergent”) whose presence is important to Louis.

However, Scodelario (“Pirates of the Caribbean: Dead Men Tell No Tales,” “Spinning Out”) and Walker have obvious chemistry—unsurprisingly, given they’re married in real life—which raises the scenes a bit. that they share.

The same can be said for the aforementioned moments shared by Brosnan (“Die Another Day”, “Cinderella”) and Hurt (“A History of Violence”, “The Miracle Season”), but they are nothing special, Sadly.

Most of the time, though, “The King’s Daughter” — even with all the zigzags that lead us to its predictable climax — is pretty forgettable.

Maybe it will be different for some young women, which would be great.

We wouldn’t bet a mermaid’s life on that, though.

Rated: PG for some violence, suggestive material and thematic elements.