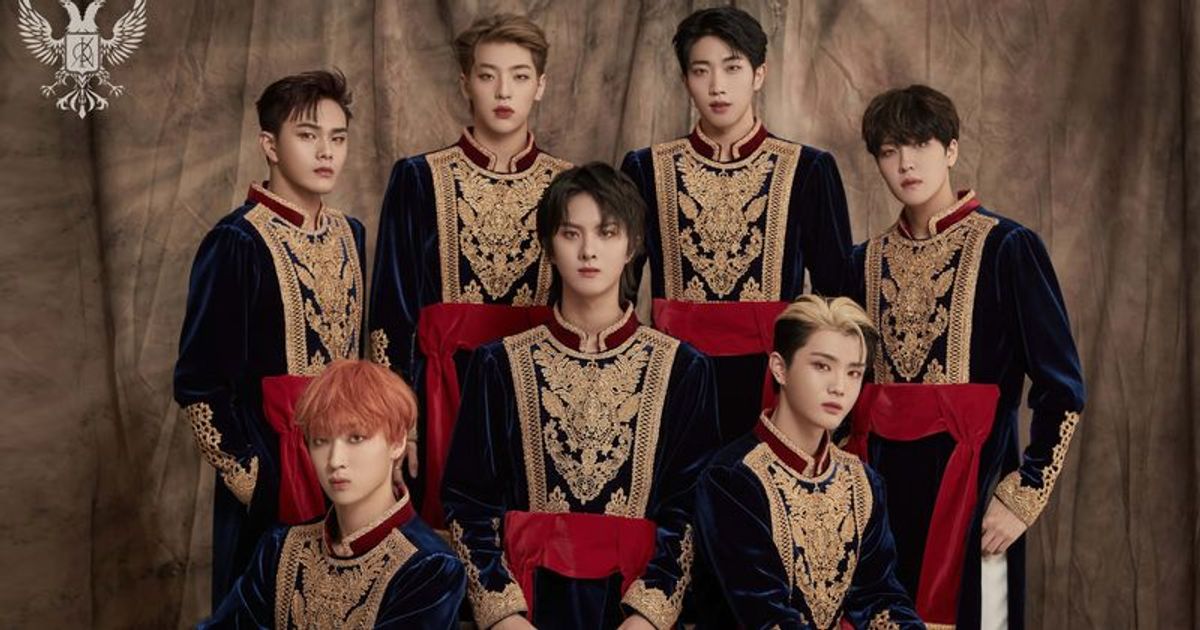 Kingdom is finally back with their highly anticipated album ‘History of Kingdom: Part III. Ivan ‘and the title song’ Black Crown ‘. As the third part of their series, this comeback focuses on Ivan and the struggle between good and evil. With an intense and dynamic album and an equally engaging music video for ‘Black Crown’ packed with twists and turns, the K-pop boy group went above and beyond for their latest album.

Kingdom continues to surprise fans by incorporating cinematic elements and making the music experience even more immersive for fans. MEAWW had the opportunity to question the K-pop group about their ambitious plan for the screenplay of 32 albums and their future projects. Well, in an exclusive interview with MEAWW, Kingdom talks about his inspiration behind ‘Black Crown’, the idea for a K-drama set on the Kingdom’s universe and more.

READ MORE
“History of Kingdom: Ivan”: release date, concept and everything about the Kingdom series

Who are the members of the Kingdom? K-pop group debut with ‘History Of Kingdom: Part Ⅰ. Arthur ‘

MEAWW: Congratulations on your new comeback! First we need to talk about the title song ‘Black Crown’. What were your first impressions when you all heard it for the first time?

Kingdom: The first impression of “Black Crown” was “the great magnificence”. Like the previous tracks, this track sounded exactly like “KINGDOM’s music”.

MEAWW: What is each B-side member’s favorite song that you would like to play live?

Dann: I want to play ‘Night Air’ and ‘Eternity’. Both are ballads from our previous albums. I love to sing, so I want to sing these two songs live and interact with Kingmakers.

Arthur: “Night Air” and “Make Us”. ‘Night Air’ is a comfortable song whose calm melodies will soothe you. ‘Make Us’ is a song for the Kingmakers, and by the Kingmakers. I want to play it live and deliver our heartfelt messages.

Mujin: “IN THE AIR”! First of all, it is not that difficult to achieve. And we had so much fun recording it! The whole recording process was full of joy, so this track brings back happy memories.

Louis: Among the songs on the B side of this album, I would like to play ‘We Are’ live.

Ivan: Personally, I also want to play ‘We Are’.

Jahan: I want to play either ‘Fallen Star’ or ‘Burn’. Both tracks are my favorite, so I’d love to play them live in front of our fans.

Chiwoo: I want to play ‘ON AIR’ live with the members. I think it would be so much fun!

MEAWW: Ivan, this album focuses on you, but if you could swap roles in ‘Black Crown’ with another member, who would it be?

Ivan: I want to try out the role of Jahan since his role caught my attention. However, I am a little hesitant to change roles with him because I am the main character of this album. Haha.

MEAWW: What was your inspiration while working on this album?

Dann: Before shooting our music video, we got together to watch the Lord of the Rings series. We put ourselves in the protagonist’s shoes, applying “The Ring” to “Black Crown”. It really helped us to act for the clip.

MEAWW: Any funny backstage stories while filming the music video?

Louis: There is a scene in the clip where the members are arguing, circling the “Black Crown”. You might be curious what words we were talking about. We were actually talking nonsense because we were all so tired. Once we burst out laughing, neither of us could keep a straight face. We couldn’t stop laughing face to face! Hahaha.

Also, our concept was ‘Kingdom of Snow’, so snow powder was sprinkled all over the studio where we filmed the clip. While dancing, the powder entered our eyes and throat, causing us to cough. It was uneasy at the time, but looking back it was a pleasant memory.

MEAWW: Aside from the fact that this album focuses on Ivan, how is it different from the previous ones? What’s new do you want to show off with this comeback?

Arthur: This time we’re not using stage props like swords and fans. This is perhaps the biggest difference. Our performance would be breathtaking, even without sophisticated equipment. We want to show you the details of our performance, including our gestures and facial expressions.

MEAWW: This is the third album in the ‘History of Kingdom’ series. Fans have come up with all kinds of theories about what happens after the end, like crossovers of different kings or futuristic concepts. Can you give us a hint on what to expect next?

Ivan: We don’t have a clear idea yet – we are also looking forward to the next story! In my opinion, after the seven albums featuring each of the Seven Kings, the theme would focus on KINGDOM as a unified team!

MEAWW: Dann and Mujin were once again on this album. Are other members also interested in songwriting or songwriting?

Mujin: The other members are also interested in songwriting and songwriting, while continuing to practice and develop their skills. I hope that they will continue to train and that they will get their name in the credits of the song in the next album.

MEAWW: Your group’s concept is related to different historical elements and myths. Do you have any favorite characters?

Ivan: I am interested in Ivan, the king in our fictional universe. I would like to interpret his character deeply since I’m sure no one would favor him more than myself.

MEAWW: Fans absolutely love the concepts that you guys have done so far from Oriental to Western. What is one concept that you would like to try in the future?

Arthur: We tried diverse concepts, yet mostly grand, dramatic and sharp ones, in order to adhere to our fictional universe. Thus I want to try something new — a sexy concept or a bright, refreshing one that would reveal the new charming colors of KINGDOM!

MEAWW: What is your dream collaboration? Any artist that you think would suit your Kingdom project well?

Jahan: It is too hard to pick one since there are so many talented artists we look up to. I want to take the chance to collaborate with all of them.

MEAWW: You and your fans have shown excitement and interest in the Kingdom universe being turned into a movie or a drama. So if that did happen, have you guys thought about the plot? What would you like to title it?

Dann: That is what we dream of! If that happens, the plot may introduce the seven kings and kingdoms in the first season, and develop the narrative with a series of events in season 2. That would be the perfect adaptation of our albums! The title could be something like ‘Seven Kings’!

MEAWW: Your fans are waiting to see you perform in person. Any plans for an offline concert soon?

Chiwoo: We will begin arranging a face-to-face fan meeting! You would be able to attend our concerts in the near future if the pandemic situation gets better quickly.

MEAWW: Finally, any last words for your fans?

Kingdom: Sincere thanks to all the Kingmakers who waited three months for this comeback! We hope you love our third mini-album and its title track ‘Black Crown’! We love you, Kingmakers!

Watch the music video for ‘Black Crown’ below.

“Love, Spells and All That” is a lesbian romance that is both magical and real