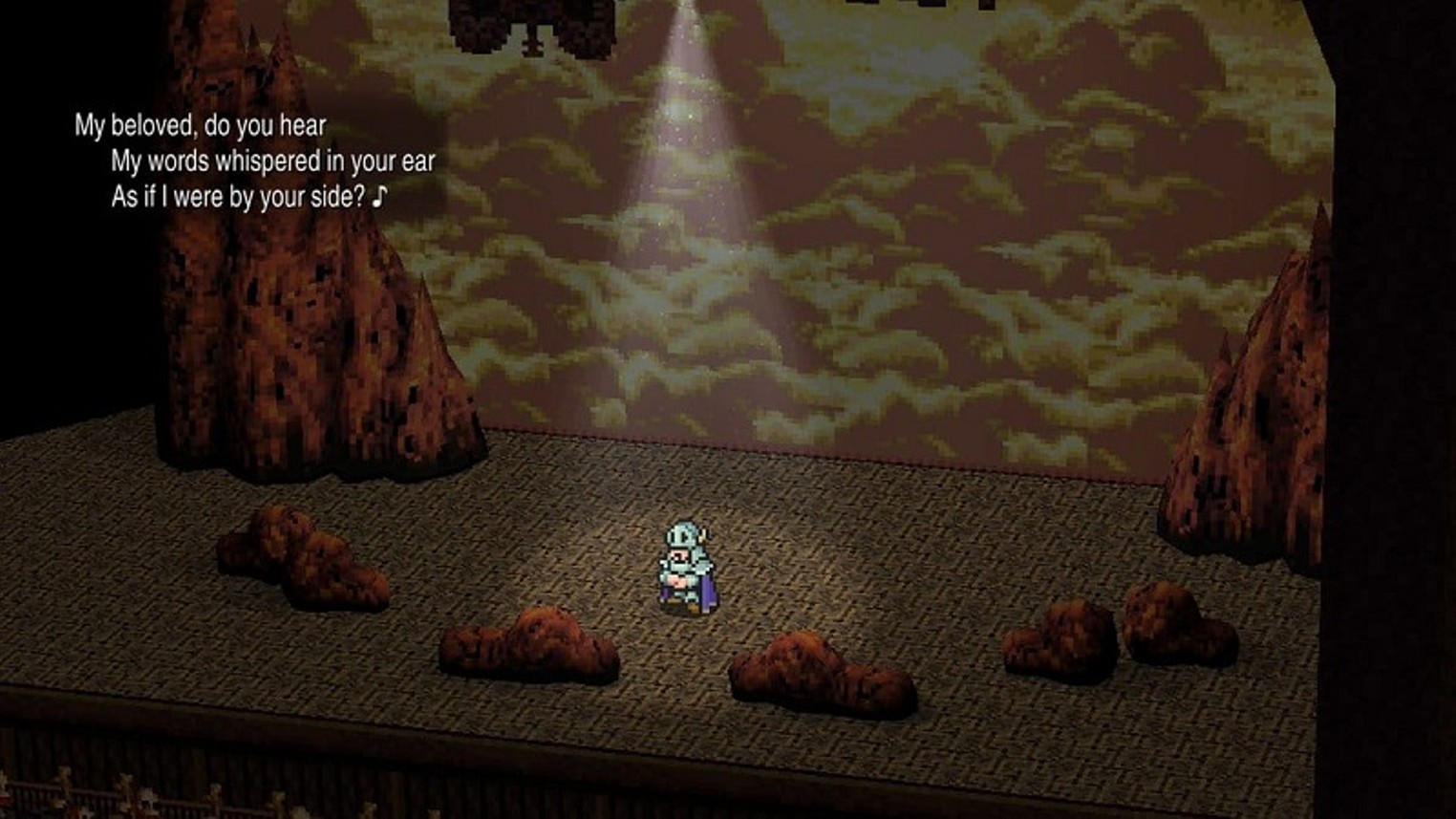 Final Fantasy VI Pixel Remaster only waters down the original

Since Final Fantasy VI came out in 1994, I bought it four times. Once on the original SNES when it was still called Final Fantasy 3, twice on PlayStation on disc and on the online store, and once again for the Game Boy Advance version which had a new dungeon. I was ready to do it a fifth time now that the Pixel Remastering just released on Steam and iOS, but maybe it’s time to break away from the game.

I watched a lot of gameplay reviews of the Pixel Remastering, and the more I did, the more I felt like it was all a scam meant to prey on damaged millennials yearning for the carefree days of the 1990s. Original art has not been updated as much as smoothed until everything looks like shiny, lifeless plastic. It’s the video game equivalent of photographing every bend and wrinkle of a model until it falls into the strange valley. Spell effects and backgrounds have been updated, but now they look like cheap gimmicks pushed out into the world like some shitty magician bugging you while you dine. Only the soundtrack is really skyrocketing now, especially in the remade opera scene, but that alone isn’t worth $18.

It’s also very odd that a game that’s almost 30 years old still doesn’t seem to find a definitive identity, especially one that was hailed as nearly perfect upon release. Should dialogs have faces? Is the Kaiser Dragon Dungeon still part of the trip? Have famous glitches like Wind God Gau been preserved or “fixed”? There are so many minor iterations on the game in the name of bringing it to a new audience that it’s starting to lose any sense of real self.

Video game preservation is an important topic in the gaming sphere as many companies fail to ensure that their back catalog remains readable for an audience interested in the history of the medium. Square Enix definitely has this problem. Instead of making sure people can actually play Final Fantasy VI, they keep putting on a new hat and charge high prices.

I’m not against updating the game. For my part, I really hoped that Final Fantasy VI would get the 3D treatment that Final Fantasy 4 made on the Nintendo DS, something that included a graphical rebuild from scratch and a full voice cast. It would be a worthwhile new version of the game, but instead Square Enix seems to have ceded that kind of territory to series like A brave omission and octopath traveler.

The company continues to push out what is little more than graphical fixes and expects an audience that has probably bought the game once to buy it back. In the meantime, they are throttling the ability to continue playing the original on current machines, keeping access to the experience permanently tied to those little fiddles rather than actually preserving one of the most influential games of all time for a general audience.

I’ve never understood why game companies outright refuse to keep their old catalogs available at reasonable prices. It’s always “now with more stuff” as a way to tack on an extra ten bucks or more. In the name of greed, they end up watering down the original until no one can actually remember what it was like to experience it when it was truly groundbreaking. Caught between past and present by changes made only to justify the demand for more parts, iconic games end up being mediocre storefront clutter that offers neither historical relevance nor innovation.