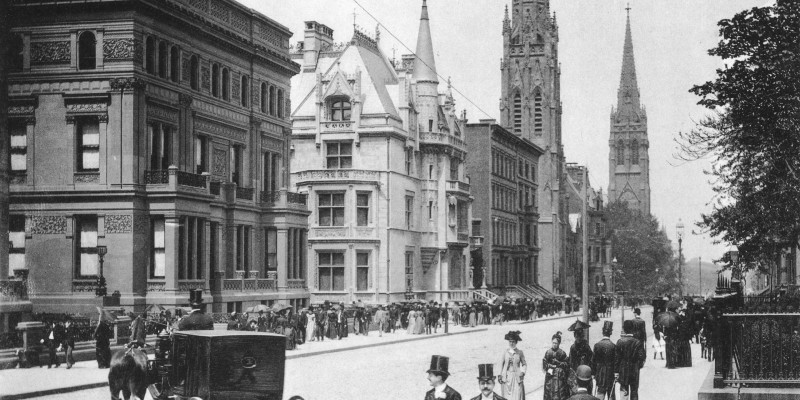 Every writer I know has a finely honed system for avoiding writing. Some develop a sudden need to deep clean their homes when they are on schedule. Others (fantasy writers, in particular) convince themselves that they cannot write history until they have fully developed the monetary system and models of international trade of the world they have envisioned.

For most historical fiction writers? It is research.

I am guilty. Oh, am I guilty. For anyone working in the golden age, research is a wonderfully effective means of procrastination. There is so much a lot Fascinating historical meticulousness available from the period. Photographs, letters, dinner menus, diaries, and even phone books are all there to be skimmed through. I sit down to write, then convince myself that I desperately need to locate and study an old transit map or check the newspaper headlines for a given week. Before I knew it, hours had passed and I hadn’t written a word.

But even if it lowers my word count, I can’t say I regret the time I spent immersed in the history of Gilded Age New York City. After all, I wouldn’t write at that time if I didn’t like it. And that may make me a slower writer, but I also believe it made me a better writer. I pride myself on the level of historically accurate detail I include in my novels (hopefully without detracting from the story). And the research I do often gives me new plot ideas.

In fact, it was while researching my first novel, A Deadly Fortune (Pegasus Crime), which I had the idea for its sequel, The Worried Dead.

My main character, Amelia Matthew, is a young clairvoyant who works at a risque nightclub near Washington Square Park with her adopted brother, Jonas Vincent. Although most of Amelia’s first adventure takes place in the city’s notorious insane asylum on Blackwell Island (present-day Roosevelt Island), and I’ve done a lot of research on that institution , I spent a pleasant afternoon avoiding writing about it by reading about the history of Greenwich Village instead.

In the decades before the Civil War, the streets just north of Washington Square Park were popular with wealthy New Yorkers, who built the stately townhouses still visible today. Their black minions settled south of the park in an area that soon became known as Little Africa. After the Civil War, wealthy New Yorkers moved further north, but Little Africa, concentrated in the blocks around Minetta Street, remained one of the centers of New York’s black community.

In the decades around the turn of the century, the neighborhood’s racial mix changed, thanks to an influx of Irish and Italian immigrants drawn to the area by cheap rents. It was one of the most integrated neighborhoods in the city at the time. It was also one of the poorest. Overcrowded apartment buildings and cheap boarding houses predominated. Many of the infamous “black and tan” saloons of the Gilded Age—where black and white patrons drank, gambled, and poached side by side—were located within a few blocks of each other. Crime was endemic. The area was said to be so dangerous that even the police refused to go down Minetta Street after dark.

Embedded in the criminal element were hard-working, honest families just trying to get by. One of them, according to census records, was led by Morgan J. Austin, a black man who lived on Minetta Street with his Irish wife, Annie, and their children, including a 15-year-old son who worked in a laundry. Morgan and Annie Austin fascinated me. What was it like for them to be an interracial couple in New York in the 1890s? How did they meet? How did their families react to their union? These personal data are not recorded. But when I found out that Morgan had been employed, as many black men were at the time, as a waiter, the potential connection to Amelia and Jonas’ world was obvious. I knew I wanted to incorporate them into my next book somehow and try to write a bit about what their life together could have been like.

In The Worried Dead, Morgan Austin became Miles Alston, a waiter at the same club where Amelia and Jonas work. Her 15-year-old son, Amos, who works in an industrial laundry, is accused of a heinous crime: the kidnapping and murder of a child. Miles and his wife, Polly, turn to Amelia and Jonas to help exonerate him. Their efforts to defend him and their growing suspicion of his guilt form the backbone of the story.

There are so many things about the Golden Age in the United States that seem to parallel the United States of today: extreme wealth disparities, hostility and the scapegoating of immigrants and vigorous social reform movements.

I first had the idea of The Worried Dead in 2018, before the murder of George Floyd and the renewed strength of the Black Lives Matter movement. Writing it in 2021, it felt more relevant, and I felt an even greater obligation, as a white writer, to describe Amos’s experience – and that of his family – of a thoughtful and nuanced way. Amos is a black teenager. His alleged victim is a little white girl from a wealthy family, and his disappearance has been widely reported by the newspapers. Everything is against him. And even the people who work for him have prejudices that they will have to struggle with if they want to succeed.

In A Deadly Fortune, I tried to highlight how class and gender dynamics color people’s lives. In writing The Worried DeadI wanted to similarly illuminate the racial structures of the time and hopefully encourage readers to reflect on how things may or may not have changed.

The 10 Best Romance Movies of the 90s, According to Letterboxd