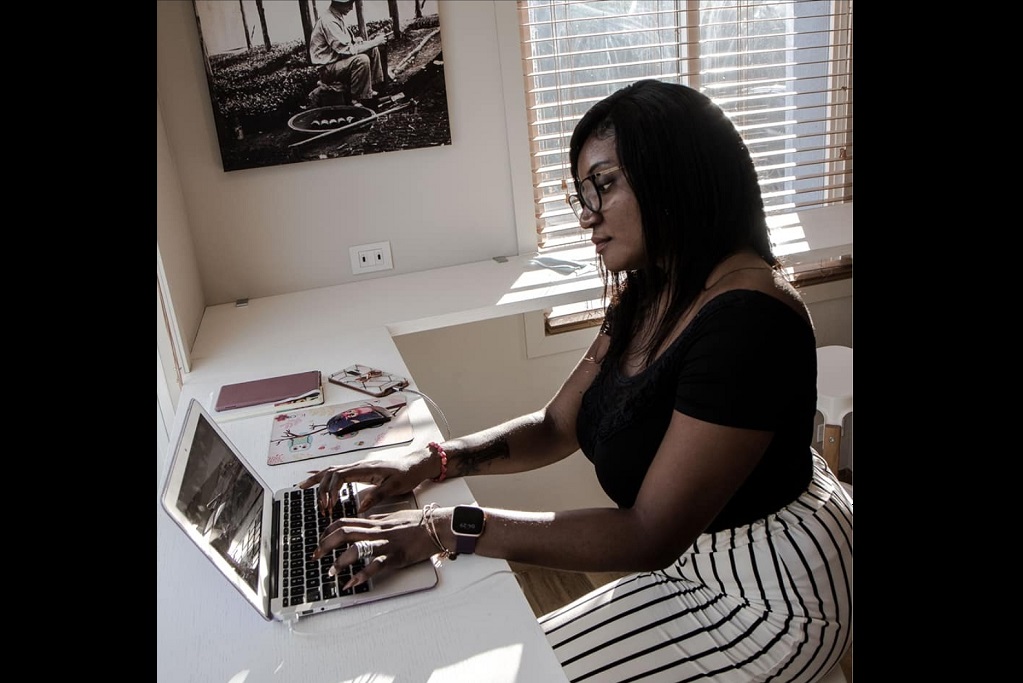 She managed to balance the demands of being a legal luminary with that of writing seductive romance novels.

Rilys Adams, 32, has worn her long black dress in courtrooms for eight years, but long before that she started putting her pen to paper as a storyteller.

Adams earned his LL.B. at the Cave Hill Campus of the University of the West Indies, then earned his Legal Training Certificate at Norman Manley Law School in Jamaica.

She also has a master’s degree from University College London, specializing in criminal justice, family and social welfare.

But Adams is much more than just a strong lawyer.

She – using the pseudonym “Rilzy Adams” – has now self-published 17 novels of the same genre; 12 took place in the United States and five took place in Antigua.

And one of his books has been recognized as one of the best of 2020.

Learn more about this extraordinary woman.

The cover of the award-winning book ‘Go Deep’ by Rilys Adams.

CL: When did you start writing and why?

AR: I started writing when I was quite young. I loved reading and creating from an early age and was telling stories all the time. Writing them down was the next logical step, especially since I couldn’t draw a stick figure to save my life.

CL: What is the first novel you ever wrote?

AR: The first full-length novel I wrote was a Young Adult Urban Fantasy set on a fictional Caribbean island. In terms of romance, the first novel I completed was what became the second book in my six-book “Falling Like a Johnson” series called “Will You Be Mine?”. I wrote this to entertain my friends while we were in level A by bringing them one chapter at a time.

CL: What is your most popular book? How many sales did it get?

AR: My most popular book is without a doubt ‘Go Deep’. Sales are relatively difficult to quantify as they include Kindle Unlimited borrowings, but it’s still obviously my popular book by other markers. For example, it has over 1000 ratings on Amazon website while the second highest number of ratings I have is 600+. Also, it has much more interactions from readers on various social platforms.

CL: What is your favorite book, and why?

AR: I assume you mean my favorite book to write. It would be “Birthday Shot”. I found the characters fun to write and lived for that dancehall house party scene. It was also written during the height of the pandemic and provided me with a good distraction.

CL: Which book(s) have won you competitions or prizes and what is the name of the prize?

CL: How long does it take to write a book?

AR: It highly depends on many things, including what’s going on in my daily work or my motivation. I can write the first draft of a 50,000 word novel in three to six weeks if all goes well or it can take me six to eight months, or anywhere in between.

CL: Where are you inspired by?

AR: I always find it difficult to answer, in fact – nowhere and everywhere – all at once. Every once in a while, an idea pops into my head that refuses to leave me alone until I explore it further. And that’s honestly how it goes every time. Sometimes I spend hours on Pinterest looking at pictures hoping it triggers something or listening to music but I’m not sure if it actually helps. When ideas want to come, they come, when they want to stay away… they come. I’m just for the ride.

CL: How do you manage to manage being a lawyer and writing?

AR: It’s about trying to find a balance that often seems unattainable. It is, and always has been, an understanding that writing will have to take precedence over law (which was the main factor I considered when choosing to self-publish instead of following the traditional way), so I have to work around my schedule. When everything is cooperating, I write two hours a day during the work week. It’s usually in the morning around 4:30 to 6:30 before work. I reserve Saturday to write about six to seven hours. However, sometimes it just doesn’t work and I kind of have to go with the flow.

CL: Would you ever quit to become a full time writer.

AR: Yes, finally. But I don’t think I’m quite ready to hang up my legal robe just yet.

CL: What are you currently working on or what can we expect from you?

AR: Currently I’m working on… nothing. It’s one of those times when it’s really hard for me to find any semblance of balance. I spent some time thinking about properly exploring that fictional Caribbean island I put the previously mentioned YA novel on. It was fun to dream. But for the moment, nothing is in preparation.

CL: Where can you find your books and what is the price range?

AR: All of my books can be found on Amazon in e-book format, and the majority of them can also be found in paperback format. Prices range from $0.99 to $4.99 for e-books and the most expensive paperback is $15.00.