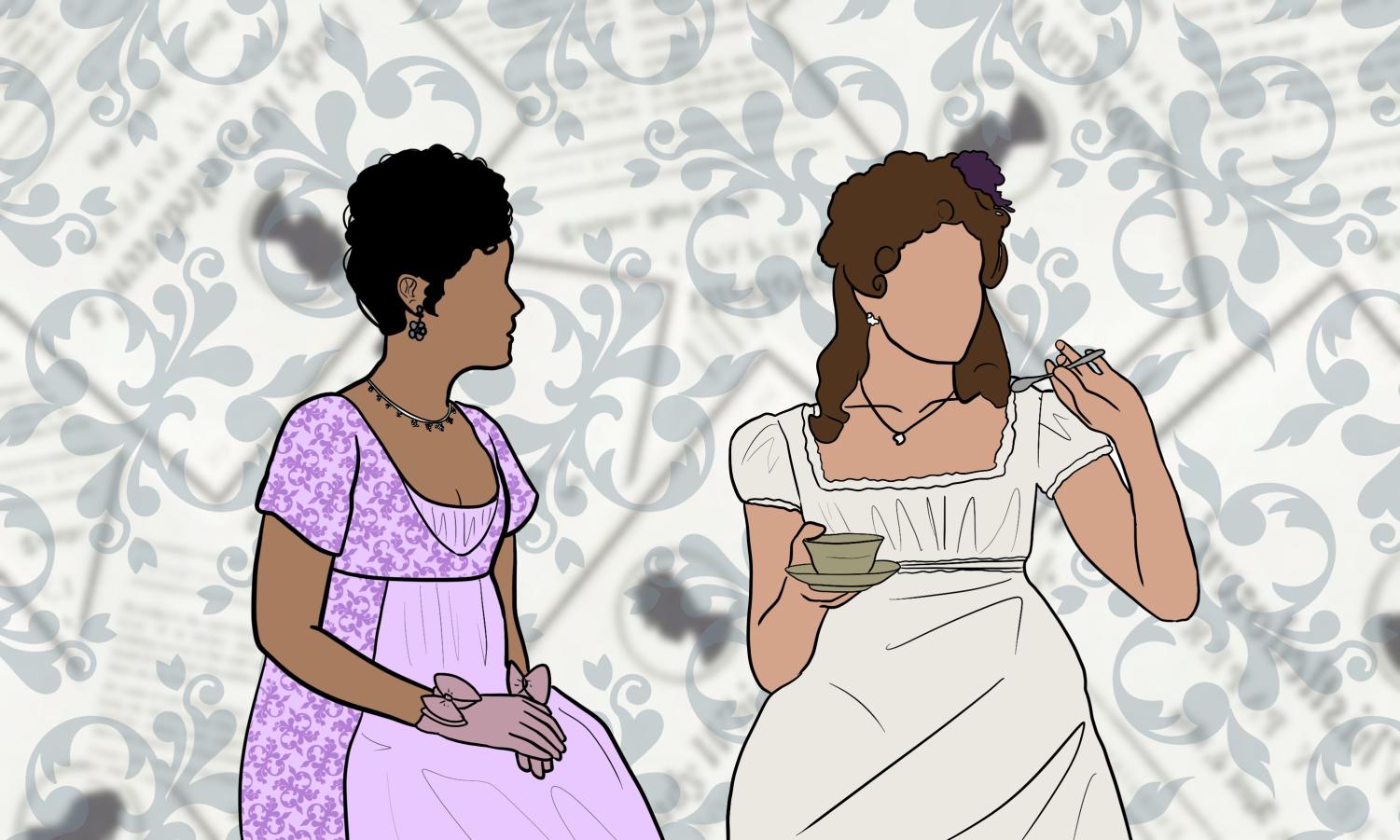 In the second season of the Regency-era Netflix show “Bridgerton”, the Sharma family of Bombay join London high society. While the historical and cultural aspects leave many questions unanswered, the eight new episodes certainly deliver the drama and romance the series is known for.

The Sharmas’ return to London is explained by an ostensibly simple backstory: Lady Mary Sheffield Sharma (Shelley Conn) grew up in an aristocratic English family, but was disowned after moving to India to marry a working-class widower. The two raised their daughter, Edwina (Charithra Chandran), alongside Kate (Simone Ashley), the widower’s daughter from a previous marriage.

After Mr. Sharma’s death, Mary, Kate and Edwina decide to return to London to find Edwina a suitable husband. When they arrive, however, it is Kate who ends up falling in love with and marrying Viscount Anthony Bridgerton (Jonathan Bailey).

“Bridgerton” creator Chris Van Dusen said in a recent interview that he wanted the show to be “as authentic as possible, especially when it comes to infusing this world with specific details related to the legacy of this family.

The show’s commitment to authenticity is questionable. It is true that there were people of Indian origin in Regency England. At the time, the East India Company’s exploitation of India was well underway and travel between Britain and India was common.

Yet the likelihood of an upper-class British woman marrying an Indian would have been very low. There would have been few opportunities for the two to cross paths, let alone develop a relationship. An Indian family joining high society and socializing with English nobility and royals would also have been virtually impossible at the time, given the colonial relationship between India and England.

It was more common for British men to have relationships with Indian women – and in colonial India, not in England. British men were known to have relationships and children with local Indian women, but intermarriage was rare. More often than not, the men left behind the women they met in India and any children they had and returned to England to marry and raise a family.

“Bridgerton” exists in a fictional fantasy world, and the plausibility of interracial relationships is irrelevant. However, it is strange that Van Dusen claimed that he was looking for authenticity while ignoring the reality of colonization.

Even the use of Indian languages, which would have been easier to incorporate accurately, was inconsistent. The Sharmas are from Bombay, but Edwina calls Kate “didi” (older sister in Hindi), Kate calls Edwina “good” (sister in Bengali) and they both refer to their father as “appa”, a most popular term. commonly used in the South. India.

Nonetheless, the portrayal of Sharma culture – with intricately embroidered silk robes, Indian jewelry like bangles and jhumkas (bell-shaped earrings), and masala chai – was a pleasing aspect of the second season. of “Bridgerton”. Kate’s cultural background has been expertly woven into the depiction of her early days in London high society and her eventual romance with Anthony – neither forgotten nor overwhelming.

Despite some historical inaccuracies (for which “Bridgerton” was well known before the Sharmas arrived), the period drama’s second season delivered on its promise: a seductive and immersive escape.

— Reel Thoughts: ‘Euphoria’ Season Two Proves The Show Is Brilliant, But Not For Everyone