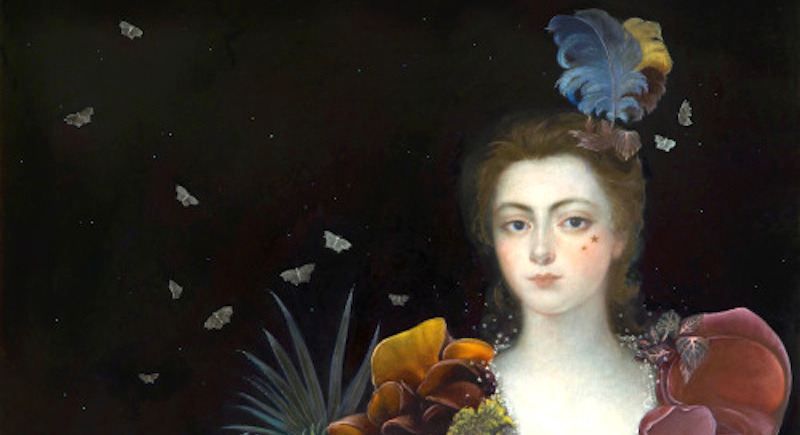 What is a lie? Plato thought plays were lies, and while that view may seem laughable now, there is certainly a grain of truth in his assessment: a fascinating work of the imagination temporarily blurs the line between what is real and what is not.

In historical fiction, we have created a genre where fiction and reality can safely fraternize. Thus, railroad baron Charles Crocker’s bi-racial servant, Ah Ling, no more than a pair of syllables in the historical record, becomes a fully imagined character in Peter Ho Davies. Fortunes. In Ragtime by EL Doctorow, 19th century anarchist Emma Goldman gets to loosen the corset of an early sex icon, Evelyn Nesbit, in an intimate exchange about sexual politics and freedom.

But the novels of the historical fiction genre are revealed by more than their simple placement in bookstores. Inventive as Ragtime is in other respects, Doctorow’s novel operates within clearly established genre lines, with all the vivid scenes, dialogue, and narrative elegance we expect from realistic novels.

This is the case for both When we stop understanding the world by Benjamín Labatut, a chilling tour of science in the 20th century, and margarita the first by Danielle Dutton, a fictional biography of Margaret Cavendish, the 17th century writer, natural philosopher, fashion icon and gossip column favourite. Both When we stop and Daisy blur their relationship to historical fact, oscillating between essayistic writing and vivid imaginary flights, and they derive something of their thrill from this delicate balancing act. Both also interestingly explore questions of philosophical and scientific truth.

The first chapter of When we stop an essay on the invention of hydrogen cyanide – a poisonous gas that devastated millions of people during the 20th century – is essentially a work of non-fiction. The essay weaves a dense tapestry of historical anecdotes, from an 18th-century alchemist’s search for the elixir of life to Herman Goering’s addiction to painkillers. (After the fall of the Third Reich, he fled Germany with over 20,000 doses of dihydrocodeine.)

The past is over, its archives often manifestly incomplete. Without imagination, it would be impossible to enter it.

In the following sections, however, Labatut’s writing becomes increasingly fictional, recounting embellished tales of great mathematical and scientific breakthroughs. In “The heart of the heart”, he fabricates a meeting on his deathbed between a Japanese mathematician and the great geometer turned mystic Alexander Grothendieck.

The title essay on the invention of quantum mechanics is interspersed with sinister dreams and hallucinations, all presumably inventions (a deranged Heisenberg falls in love with the ancient Sufi poet Hafiz, Scroendinger dreams that he is castrated by Hindu goddess Kali).

And the novel ends with the story of an unhistorical character: a fallen mathematician called the “Night Gardener” who “talks about math like a former alcoholic talks about alcohol.” It’s “not nuclear weapons, computers, biological warfare, or our climate Armageddon,” but math, says the Night Gardener, that is changing our world to a point where we simply “can’t grasp what it means.” truly human being.

As When we stop, Marguerite first by Danielle Dutton is a historical novel for which the term “historical novel” does not quite ring true. In its absence of conventional scenes, its careful adherence to Cavendish’s biography, and its hypnotic flow of period-specific imagery (a syphilitic man with a black cloth nose, linen-wrapped manuscripts and frozen inkwells, French doctors piercing the Queen of England “abscessed breast”), The first one often looks more like an experimental biography than a work of historical fiction. And, unlike most historical novelists, Dutton occasionally references his own sources. Once, she even slips into the perspective of Samuel Pepys, prolific columnist and historical observer, as he jostles for a glimpse of the famous “Mad Mage” on May Day.

Both as a thinker and as a woman of letters in a patriarchal world, Margaret Cavendish was deeply iconoclastic. She railed against the mechanistic approach of popular science among her counterparts and brilliantly disposed herself with entrenched ideas about a rigid “hierarchy of being”, instead reveling in the extravagant complexity of the natural world, of which she considered humanity only a small part. (“Man would be a God, if arguments could make him so,” she once joked.)

In Dutton’s novel, the desire of many influential seventeenth-century thinkers to control and dominate nature—to “hunter nature in her wanderings,” as Francis Bacon put it—causes visceral disgust in Margaret. She is mortified by Robert Hooke’s attempt to transfuse blood between a spaniel and a mastiff, and remembers Descartes only as the man who nailed his wife’s poodle to a board. Of the spiritual or supernatural realm, the historical Cavendish felt that the less said the better: “When we name God”, she writes, “we are naming an inexpressible and incomprehensible being”.

In some ways, Cavendish’s dismantlings of seventeenth-century hubristic philosophers anticipate the overwhelming sense of foreboding that pervades When we stop understanding the world. The history of science, “the most dangerous of human arts”, is not so much, according to Labatut’s story, a history of progress as of devastation and misunderstanding.

It’s tempting in this time of widespread misinformation to pretend that fact and fiction are separate categories, different from oil and water, but the truth is that they are often hopelessly entangled.

In an age of rapidly accelerating climate change and vaccine denial, it’s easy to revere science as unadulterated good – we trust “the science” because we believe scientific research provides objective ground. on which a stable and shared understanding of the world can be built, but this schematic view deprives us of a full picture of what science produces and how science itself is produced. As Labatut conveys with sinister and incantatory force, the history of scientific progress is paved with inequalities, contingencies, madness and death. We look to science for answers, he suggests, but are ultimately faced with what we can’t or won’t understand.

While exploring deep questions about scientific truth, both When we stop and margarita the first are shy about their relation to facts. This ambiguity makes their relationship to history urgent and unresolved. But is there anything untoward in the advantage the two novels derive from blurring their relationship with the past?

In his review of When we stop in the new yorker, Ruth Franklin admires the “sheer cunning” with which Labatut “embellishes and augments reality”, but remains disturbed by “something debatable, even nightmarish” in Labatut’s semi-historical style. In the age of fake news, she asks, is it responsible for a writer to pay so little attention to the line between fact and fiction?

I sympathize with this concern. As When we stop became increasingly fictional, sinking deep into the psyches of historians and mathematicians, I found myself craving footnotes or some sort of explanatory device (even if their inclusion would have weakened the charm of the book). But, before considering the style of Labatut or Dutton as irresponsible, we should consider the purpose of this unstable mixture of reality and fantasy.

It’s tempting in this time of widespread misinformation to pretend that fact and fiction are separate categories, different from oil and water, but the truth is that they are often hopelessly entangled. As even academic historians recognize, the kind of scrupulous fact-based imagination that historians employ exists on a continuum with the freer task of the historical novelist. There’s a sense in which Harriet Tubman and Julius Caesar are figments of the imagination just like Eliza Bennett or Tony Soprano. If documents reveal Caesar at some time in Italy and later in Gaul, a historian must deduce that he traveled from place to place and deduce why, even if he refrains from wild invention .

Historical labels like “The Renaissance” are themselves imaginary constructs. States too. And, as the history of American racism shows, the historical record is shaped by power dynamics and social bias. The past is over, its archives often manifestly incomplete. Without imagination, it would be impossible to enter it.

By disrupting our tidy cultural boundary between historical and fictional imagination, books like When we stop and margarita the first invite us to think more, not less, about the relationship between truth and fabrication. The Conspiracy Peddler, on the other hand, does not explore the line between fact and fiction; it erases the difference between the two. By separating suspicion from reason, he somehow alchemizes it into credulity.

In contrast, When we stop understanding the world and margarita the first never ask us to dispense with facticity or truth. Rather, both novels caution against humility, not brazen assumption, in the face of life’s staggering complexity. In the face of the horrors, achievements and mysteries of modern science, they remind us, we would do well to refrain from congratulating ourselves on what we think we know, not just about scientific research, but about our species and ourselves- same.

My Time at Sandrock: Can You Romance Logan?