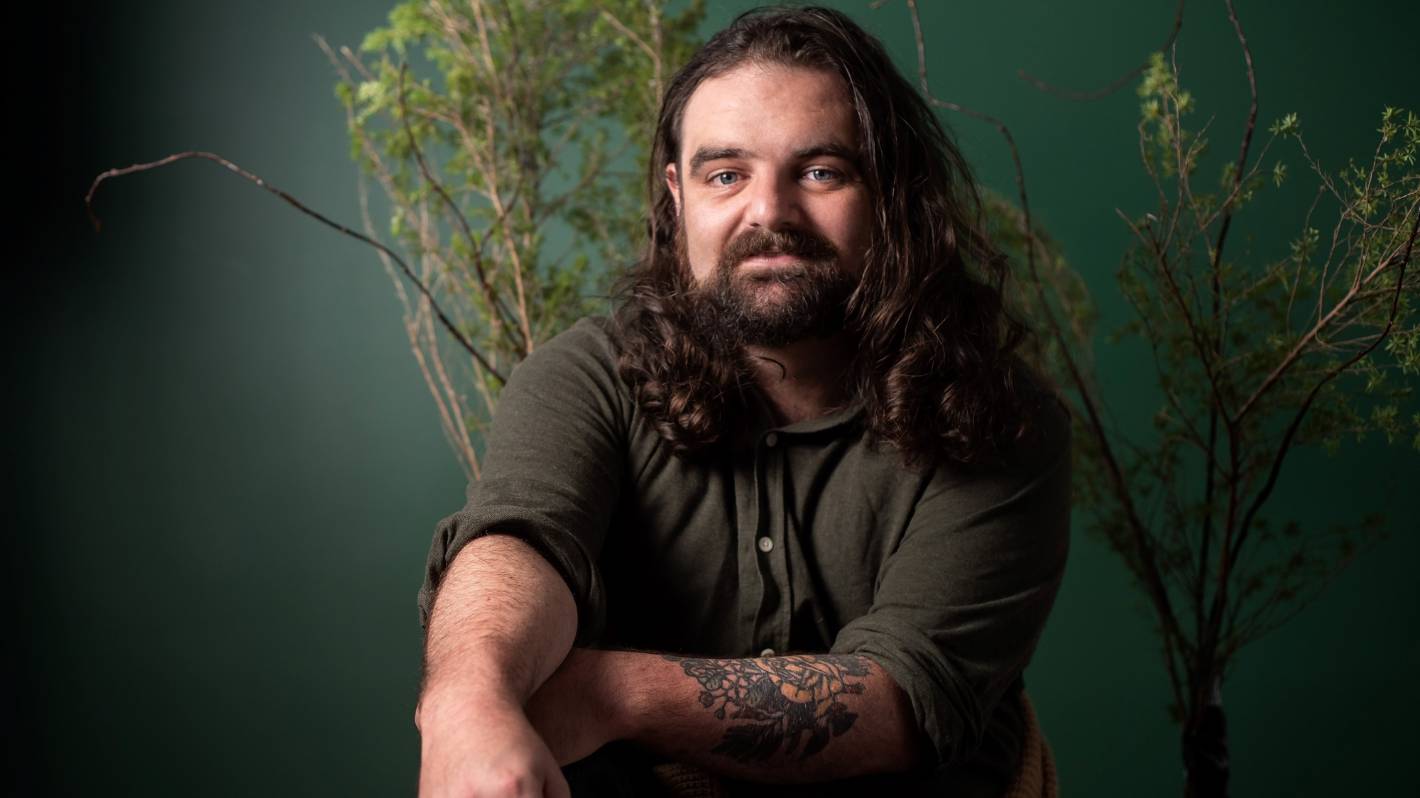 Author Sascha Stronach is a former tech writer who first got into speculative fiction by experimenting with the short form.

Author Sascha Stronach is from Kāi Tahu iwi and Kāti Huirapa Rūnaka ki Puketeraki hapu. He is based in Wellington and has also spent time in Malaysia, Indonesia and Singapore, all of which have inspired parts of the fictional worlds he creates. A former technical writer, he first dabbled in speculative fiction by experimenting with the short form. His first novel, The Dawnhounds, won the Sir Julius Vogel Prize at Worldcon 78.

What book would you have liked to write and why?

City of Saints and Madmen, Perdido Street Station, it’s not a book but I’m incredibly jealous of the man who wrote Disco Elysium, which is a fantastic video game that’s also sort of a Scandi crime drama and a post-Soviet literary realism about a schlubby middle-aged man exploring all the known meanings of divorce and a few unknowns for good measure. It sounds awful; it’s the best video game ever made.

Which writer do you turn to when you have writer’s block?

Someone new! Preferably someone prickly, difficult, idiosyncratic. While I enjoy my old favorites, I find they just deepen the boulder. It’s got to be something I’m not quite ready for – if you want to wake up, you don’t take a bubble bath, you jump into a frozen pond.

What books made you cry?

Poetry has always been my favorite there. Alice Notley’s At Night the States never fails to suffocate me, the way it calls for the heartbreak fracture. Reading it is like trying to fix a broken mirror with your bare hands. As far as things I read when I have a breakdown, it’s second only to Ashbery’s Civilization And Its Discontents.

What book did you read as a child or teenager that made a deep impression on you?

Several reviewers have pointed to Pratchett’s influence in The Dawnhounds and they’re not wrong. I think I read everything he published, many of them multiple times. It’s kind of a running joke with my writing group that Dawnhounds are Vimes All The Way Down, Vimes teaming up with Vimes to uncover Vimes’ secret plot, while Vimes tries to save Vimes from Vimes. Of course, Terry has already written this book, it’s called Thud!

Have you ever finished a book and gone straight to the beginning to read it again?

I often listen to an audiobook while I exercise, and if it really interests me, I’ll try to get a hard copy. The last thing that really touched me like this was Nana Kwame Adjei-Brenyah Black Friday is a collection of sometimes connected short stories about dystopian America, future or otherwise. It’s uncompromising in its portrayal of violence, it’s an incredible book that’s also deeply shocking and unpleasant. After listening to it, I had to go sit down and do it at my own pace because I might as well have tried to listen to a bullet.

What advice do you give to writers just starting out?

You’re going to shit and that’s good. We understand that no one becomes an Olympic rower without ever training, but there’s this weird expectation that your perfect script is just going to fall off if you shake yourself hard enough. You’re going to be bad for a long time before you start to get good, like everything else.

What kind of books do you like to read for pleasure?

I recently fed Harry Harrison’s Stainless Steel Rat and they are absolutely popcorn, but I really like them and highly recommend them. Harrison’s prose is boxy, slip and kick, in your face and impossible to get a pearl, slippery like Slippery Jim himself. I have a deep and abiding affection for the pulp in general – one of mankind’s greatest literary achievements remains Guy N. Smith’s The Night of the Crabs, which asks us to look deep into our souls and to ask if the crabs… were big?