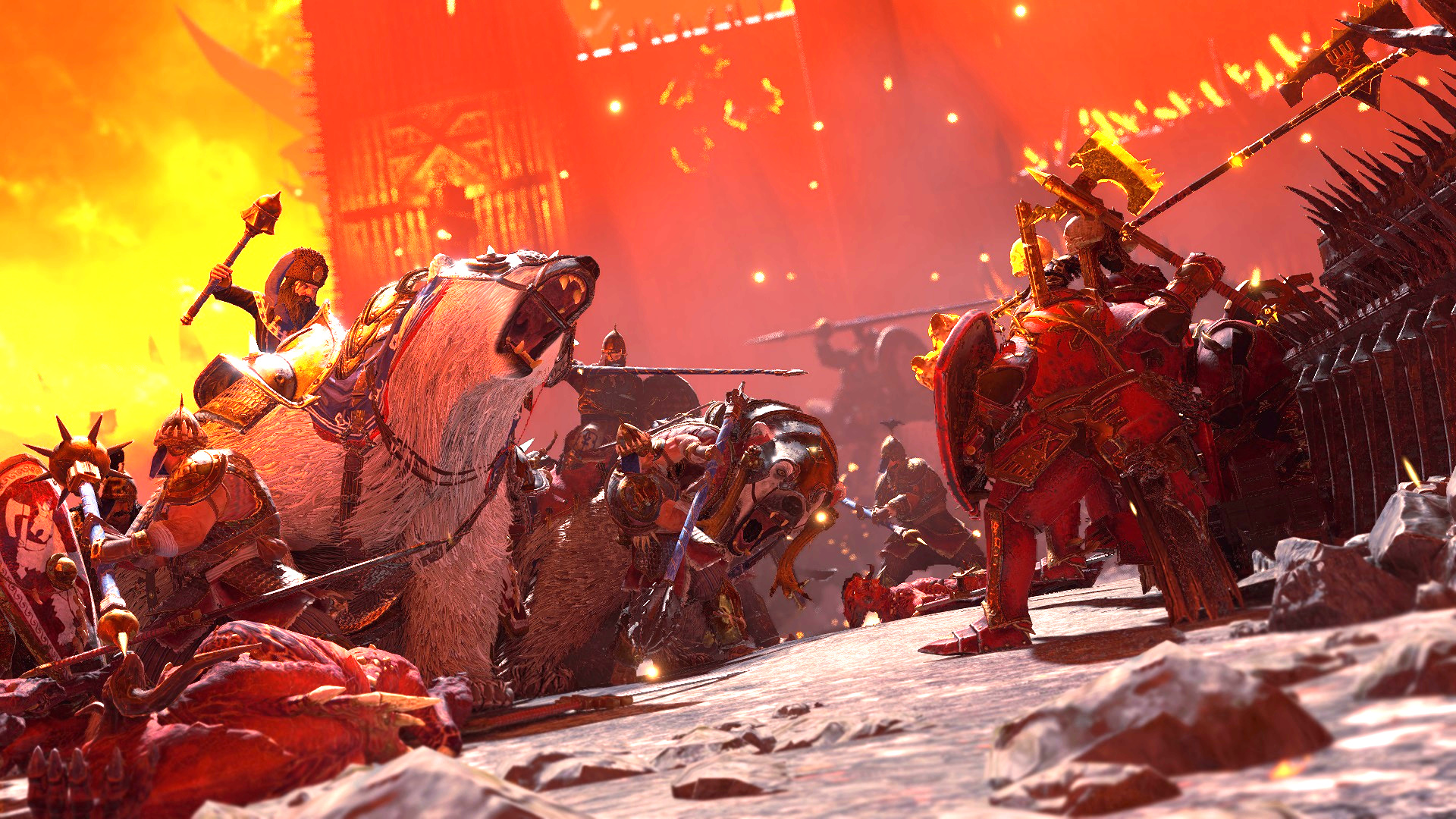 I am a historical fan, but loved the battles of Total War: Warhammer 3

Recently we had the opportunity to play one of Total War: Warhammer III’s new “survival” battles – a climate engagement that sees us fighting through the fortress of Khorne, one of the Four Gods of Chaos. . You can also read Rich, our resident Warhammer fan, full thoughts on the battle, but I’m here to offer a different perspective; one that begins with a confession.

I never understood the appeal of the Total Warhammer series. I prefer historical Total Wars and have never played Warhammer Fantasy (I played 40k, because I was not a nerd.) Warhammer a few years after its first release. It didn’t go well.

Nothing about how I thought Total War games should be played seemed to be true. The time to kill dulled, tactics and formations counted less… and what happened to the sieges? What is all this magic nonsense? I didn’t like it, but playing Total War: Warhammer III gave me a feeling of optimism that I didn’t expect.

Maybe it helps that Kislev, aside from being a fantastic, badass Russia, is easy to analyze for someone who plays historical Total War a lot – or at least, easier than armies that rely on monsters. , magic or the living dead, which play by different rules and are just a little crazy.

They have a fun mix of units: the basic Czar Guard heavy infantry and the Streltsi, who wield rifles with axes (which, let’s be honest, is fantastic). Then you have the Ice Guard with their bladed polearms, and let’s not forget the Bear Cavalry, although I’m not sure how you could do it.

I never understood the appeal of the Total Warhammer series

All of this is arguably overkill, but also anchored in a recognizable medieval setting. And while playing the demo version, I felt that the tactics I wanted to employ – which were still largely influenced by historical games – were respected and rewarded.

The gist of this new battle for survival is balancing the need to move forward while facing a relentless wave of low-level threats from behind, making sure you have a Sufficient “firepower” to cope with the boss fight at the end. . After taking the first checkpoint, Khorne’s minor units will flow in at a steady rate, increasing in intensity the closer you get to the climax. You have to leave some strength in reserve to hold the line, otherwise you can’t focus on the big bad when he shows up. 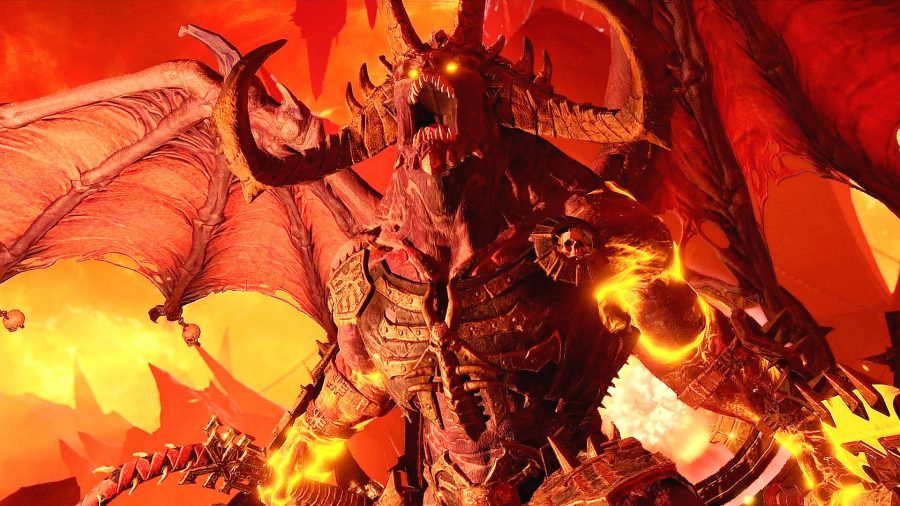 The tactical challenge was rewarding, as was determining the minimum commitment to a rearguard that would leave your elite core forces free to move forward. You also need to carefully manage your supplies – supplies being a mode-specific resource collected by killing enemies and taking checkpoints.

You can use them for a wide variety of things like upgrading weapons or armor, replenishing health, and summoning new units. They are also important for building defensive structures to help deal with the waves of enemies you will face, both those attacking from behind and the main threats that trigger when you take each point. The barricades may have gotten a little pointless towards the end, although Rich doesn’t agree on that, and the towers are invaluable at all stages for the extra firepower they bring.

These survival encounters are meant to be isolated shows and will not be representative of the typical battles that you take turns fighting. But the mechanical basics will be consistent no matter what “type” of battle you play. And we get a few new ones, such as minor settlement battles, with others hinted at in single player and multiplayer. Even the seats are getting a long-awaited overhaul. 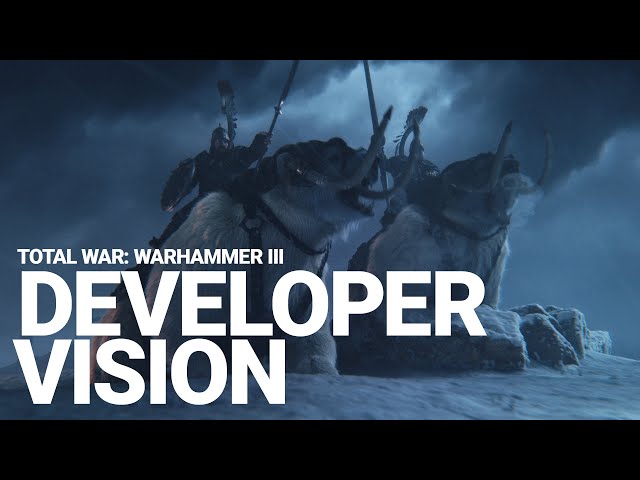 All of this to suggest that not only is Creative Assembly striving to create more diverse contexts for battles, but also trying to refresh the foundations that underlie conflict. If that is successful, Total War: Warhammer III might be able to unite the Total War fanbase in a way that Total War: Three Kingdoms has so far failed to do.

Note: Tzarina Katarin is stupid. I mean sure she’s actually pretty badass and wielding her ice magic is very satisfying, but did you seen how does she navigate the map? So go: 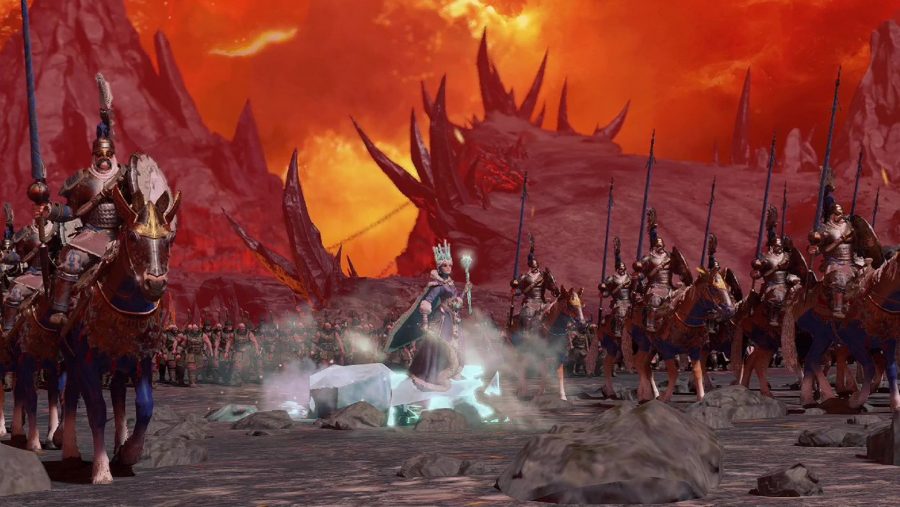 Can’t we just give him a bear? Even Katarin’s father, Boris, had a bear.

In any event. I have little doubt that Warhammer III will be the finale that fans of the series deserve. And even as a history fan, I can’t deny that Warhammer was instrumental in improving Total War’s strategic layer, which has spread to other games in the series. That doesn’t change the fact that this end game faces the same severe challenge as its predecessors if it is to win historical players who have so far avoided.

So far things seem to be moving in the right direction, but a new (admittedly fun) type of battle doesn’t make Total War, so we’ll have to wait and see what the rest of the game has to offer.

Total War: Warhammer III is slated for release on PC via Steam later this year. Pre-orders are available now and you will get a bonus racing pack as an early user bonus.