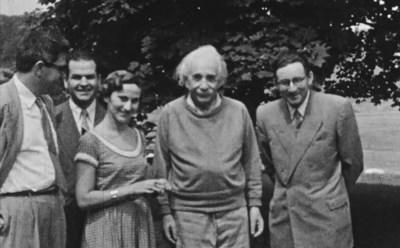 For the first time: The Jerusalem Cinematheque exhibits treasures from Israel’s film archives around the world, allowing rare insight into tens of thousands of titles, from 1896 to the present day

Israel’s audiovisual heritage is now accessible to all

Since 1960, the Israeli Film Archive at the Jerusalem Cinematheque has been responsible for the safeguarding and preservation of original works of Israeli narrative and documentary films – from the late 19and century to the present day. The general public can now explore the cinematographic treasures of the archives on demand and from anywhere in the world. The innovative project, which began seven years ago, involves the digitization of rare film and video footage, some of which has been stored in tin cans on archive shelves for many years and for the first time exhibited at the public.

The project includes an advanced digital preservation system and a detailed catalog including 8,000 subjects and 4,000 characters, accessible through an interactive search for public figures, dates or landmarks. The materials made available on the site are translated, labeled and searchable in English and Hebrew.

The new website offers two main on-demand options: Historical view who crosses Israel’s rich history through thousands of rare archival documents such as Albert Einstein in a 1949 amateur film, Hollywood visits from stars and politicians Israelthe streets of Tel Aviv and Jerusalem during World War I and thousands of other newsreels and home videos; And the artistic viewwith a selection of over 300 classic feature films and documentaries made in Israel. Some of the films are available to international audiences with English subtitles for the first time, among which is a list of classic Israeli cult films such as by Avi Nesher Sing your heart out, by Boaz Davidson Alex is lovesick and Halfon Hill is not responding.

the Historical view is freely accessible in English and Hebrew versions; the artistic view contains feature films, some of which are accessible for a small fee.

The Israel Film Archive – an active member of the International Federation of Film Archives (FIAF) – holds more than 32,000 titles, recorded on two million meters of film, and 4,500 hours of productions made in Israel, and has a digital storage volume of approximately 6 petabytes (6 million gigabytes). This project led to the creation of the first advanced professional laboratory in Israel convert film reels into digital formats to international standards. Disintegrating film reels, often containing the world’s only copy of a particular film and hitherto unscreenable, are now archived in 4k quality digital files, saving them from oblivion and guaranteeing a deposit for future generations.

Digitizing these rare materials featuring filmed moments and creations from decades ago is an exciting endeavor that preserves history and allows people around the world to discover and learn about everyone’s past. These rare visual treasures, now accessible to everyone, everywhere, have the power to connect people, history and culture.

The site is now available for free:

“Seven years ago, we embarked on this project to transform the Archive into a digital cultural institution accessible to everyone, everywhere. The new platform will undoubtedly serve researchers, filmmakers, culture and culture enthusiasts. history, students and anyone looking to locate film material of their personal history.”

“The history of cinema Israel is a treasure trove of images and moments that illustrate the historical processes of the whole region and Israel specifically. We are proud to be among the initiators and donors of this important project. »

Dafna Jaglom on behalf of the Diamond Charity Foundation:

“I am very proud of the work done and very happy with the end result. The platform is a public treasure accessible for the enjoyment of the general public. I look forward to hearing feedback and public opinion regarding the use of the site. “

Links to be used under reserve:

Jerusalem during the British Mandate Credit: Avishai Kfir from the Monsoon collection