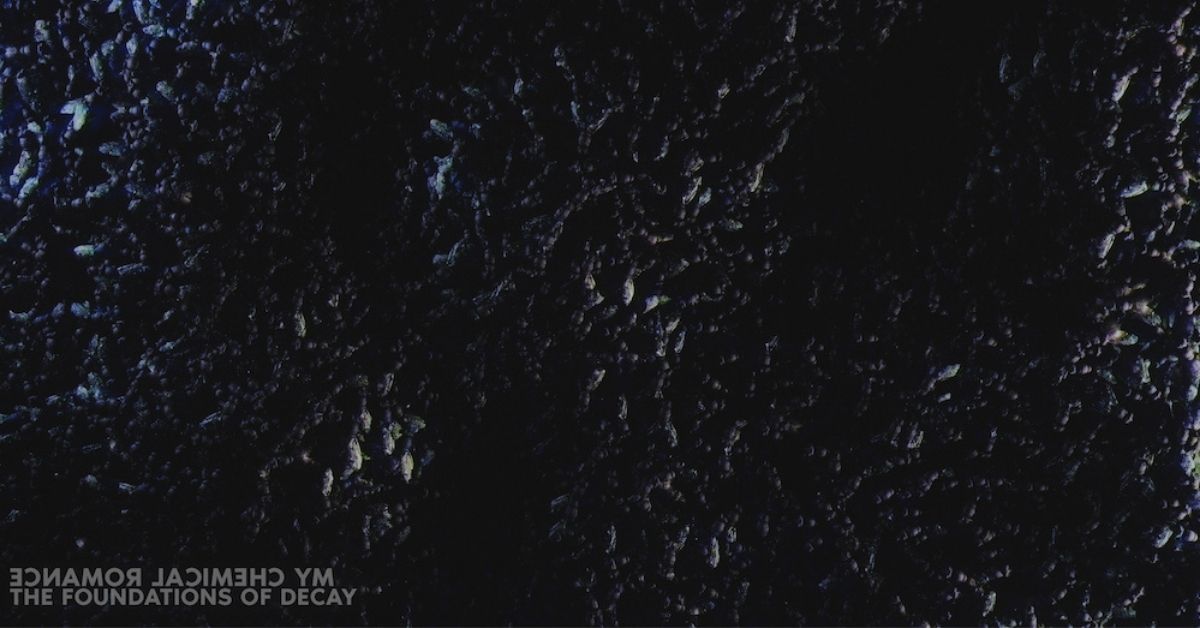 Thursday evening, My Chemical Romance had the absolute audacity to release “The Foundations Of Decay”, their first new song since 2014’s “Fake Your Death” without warning. The band utterly turned reality as we knew it on its head, awakening sleeping souls, wrenching us from the comfort of resignation we lived in that new music would just never come.

OK, that’s a bit dramatic, but after nearly a decade without creative output from a band as big as MCR, it felt even more like a resurrection than even the comeback show itself.

This writer, an MCR enthusiast for nearly two decades, has been listening to the track for about 30 cumulative hours now, and boy, is there a lot to dissect. Let’s start digging…

Note: At press time, the band has chosen not to release official lyrics. What follows is a critical analysis based on years of study of My Chemical Romance. This does not necessarily reflect the meaning or process intended by the group.

First of all, what is “The Foundations Of Decay”?

The title of the song certainly paints an image, evoking an open grave and the macabre march of nature, eroding the human form. Dark. Metaphorically, however, it could be a horrifying way of saying “the beginning of the end” or “giving up,” a theme that comes through in the song’s final act. Oh, yeah, we think of this song in terms of “acts.” Buckle up.

If you’ve ever looked at the Three cheers for sweet revenge era, you know that Catholic imagery plays a huge role in the art of My Chemical Romance. In “Foundations”, the group revisits these roots, with a part of the track devoted to death, holiness and canonization.

Now, this is where “fundamentals of decay” as a literal concept gets more interesting. One of the requirements of holiness is not just to, uh, to die, but to have an “incorruptible corpse”. Incorruptibility is a Catholic belief that divine intervention prevents the body of a holy person from decaying. In the case of a saint, to be in “the foundations of decadence” is a state of stasis. There is no progression, no action. They are literally watching for canonization. Hmm…

These new references are certainly not the first time in the work of MCR where it appears that they allude to the idea of ​​a hero, a savior or a forced saint. We suggest pausing here to listen to “Heaven Help Us” because we’re not done with the saints yet.

Let’s talk a bit about Joan of Arc…

Because all this smells of the purifying flames and the obsession of Joan of Arc which led to the realization of The black parade. Does our dear Saint Jeanne also make a cheeky appearance in this song?

In a 2007 interview with rolling stone, Way mentioned,

“Joan of Arc is my favorite historical-legendary figure. First, it’s a kid in armor on a white horse, and it’s badass. I was always drawn to this character because he was someone who was willing to die for what he believed in, and they were probably crazy and like, touched by the hand of God, and I believe in that shit . I totally believe in this stuff. I believe it can happen to anyone.

Like when we started this band, there was a short time when you felt like you were drinking gasoline and a poop glass, and you were still covered in your own sweat, saliva, or someone else’s blood or something. And I felt that, you know what I mean? I was making crazy speeches that made no sense on stage ⁠—I was talking about purifying flames coming out of our cabinets at maximum volume to destroy evil and stuff like that.

Although there has been some debate among fans as to what the unique artwork, created by designer Aaron Hymes, portrayed, the Song Visualizer makes it clear that it’s mounds and mounds of flies, swarming what one might assume to be something (or someone) decaying. Yum, right?

OK, let’s have a fun break before the void swallows us up. With the multitude of vermin pictured above, we can’t help but think of that fly mask Gerard is wearing in his Instagram profile picture. There might be no thread between that and his “summoning bug” post from 2019, but we’re pointing it out because it’s the same person who made a “Thank You For The Venom” shirt to wear at the first concert. of the band, well before the song even existed.

For fans, the song’s second verse is an ax swung straight through the fourth wall, but for those unfamiliar with their history, My Chemical Romance was formed as a direct result of Gerard witnessing the attacks. of September 11. With that in mind, these lines get a lot rougher:

“He was there / The day the towers fell

And so he wandered down the road

And we would all build our own towers

Just to watch the [roots] corrode”

Is the “he” in question Gérard in the third person, and the “we” the gang? 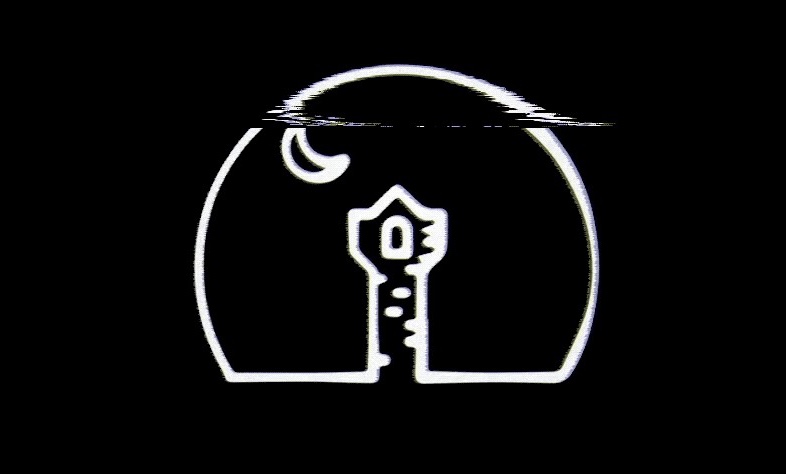 The journey of the (anti)hero

In literature, there is a story structure known as the “hero’s journey” or “monomyth”. If you’re a fan of the fantasy genre (as we know several members of MCR are), you’re no doubt familiar with the structure, whether you know it had a name or not.

We won’t send you to an English lesson here (this Ted Talk explains it succinctly enough), but “The Foundations Of Decay” uses elements of the hero’s journey, elevating the lyrics from poetry to epic.

The first verse seems to be in the present tense, while the second verse is a reflection on the past. It turns out that the structure follows almost perfectly line by line:

He was there the day the towers fell (Call to Adventure)

And so he wandered down the road (The adventure begin)

We would all build our own towers (Allies created)

Only to watch the root corrode (Trials and Trials)

One could even interpret the song as a whole as a prolonged denial of the call to adventure until some supernatural force intervenes (“Wake up, coward!”). 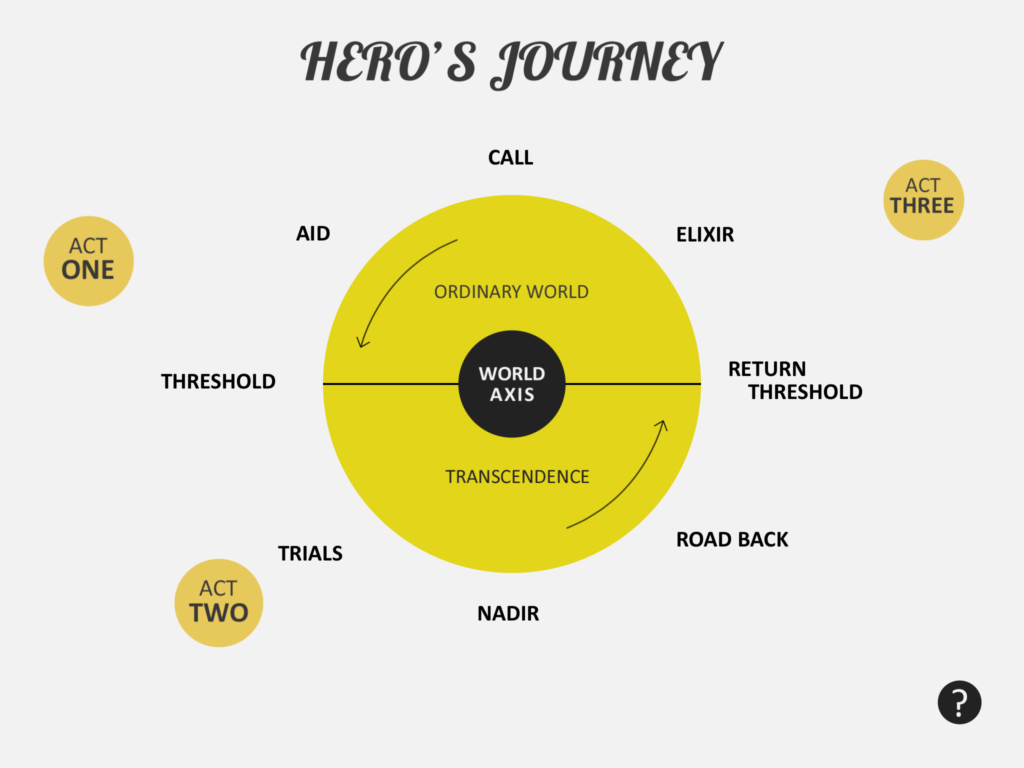 The Breakdown and “Noise Jam Kill Em All”

During the danger days MCR used to play this dirty split between songs at the time. It was so filthy and noisy that it would have been a shame if it had been forgotten for too long. While it’s not the same breakdown the band played on stage, many have pointed out that the staccato nature of the song’s heavy bridge-heavy fat riff sounds like what the band called “Noise Jam,” “Noise Rock,” or our personal favorite, “Noise Jam Kill Em All” on the setlists.

The last line of the song (“GET UP, COWARD!”) is particularly noteworthy. Not only is it a powerful statement, which Gerard’s booming vocal delivery amplifies even more, but it also feels like it’s coming from the perspective of someone who definitively is not the song’s previous narrator.

If we followed the lyrical cues correctly, this sounds like a confrontation with someone who gave up. “Yeah, that comforts me a lot more / To lay the foundations of decadence,” Gerard hums softly in his upper register, a signal that the song might be fading gently, but My Chemical Romance shirks expectations as Way returns from unexpectedly with the shouted “GET UP, COW!” It’s “Stand up fucking tall/Don’t let ’em see your back” for the new generation.

Revisiting the comeback, we had to draw a close comparison to “An Offer.” Although they are in totally different keys and have a very different cadence, there is certainly an ambiance it seems conjunctive between the two, especially in the latter part of both songs. Maybe this vibe is just the unique brilliance of Ray Toroand we’ve been studying this for too long.

This behind-the-scenes tidbit is one of the only things we know about the making of the song. A big thank you to Against me! guitarist james bowman for letting us in on a moment that is perhaps the most My Chemical Romance thing we’ve seen since 2004. Frank Iero play guitar with knife and laugh? While Gerard gets carried away and shouts directions in the background? Come on, it’s almost also perfect.

Really, bless Iero for being the only one giving us little tidbits of information. As the debate continues over the lyrics, he cleared up a line for us with this Instagram post’s caption: “You look stressed…”

Initially, Genius had timed this line, which is shouted almost as if throwaway, before the breakdown as “Let’s flip out!” But we only needed those four words from Iero to hear it clearly.

This line has the same live feeling as “Vampire Money”, which fully embraced and retained studio feedback in the final mix.

If to refer to watching the towers fall was to break down the fourth wall, it is to take a ram from it.

We know what you’re wondering: is this the start of a new album? It’s completely blurry. Although MCR had been planning to return for years, this version feels raw and fresh, like it was the natural result of throwing Frank, Gerard, Mikey and Ray in a room together again. As if it was destined happen. It also remains to be confirmed if “The Foundations Of Decay” is a revisited song by The kingdom of paper sessions. Everyone knows living with ghosts and Conventional weapons, however, will know how drastically an MCR song can change over time – how a small section of a song can become a major motif for a short story. And, y’all, it’s been some time.