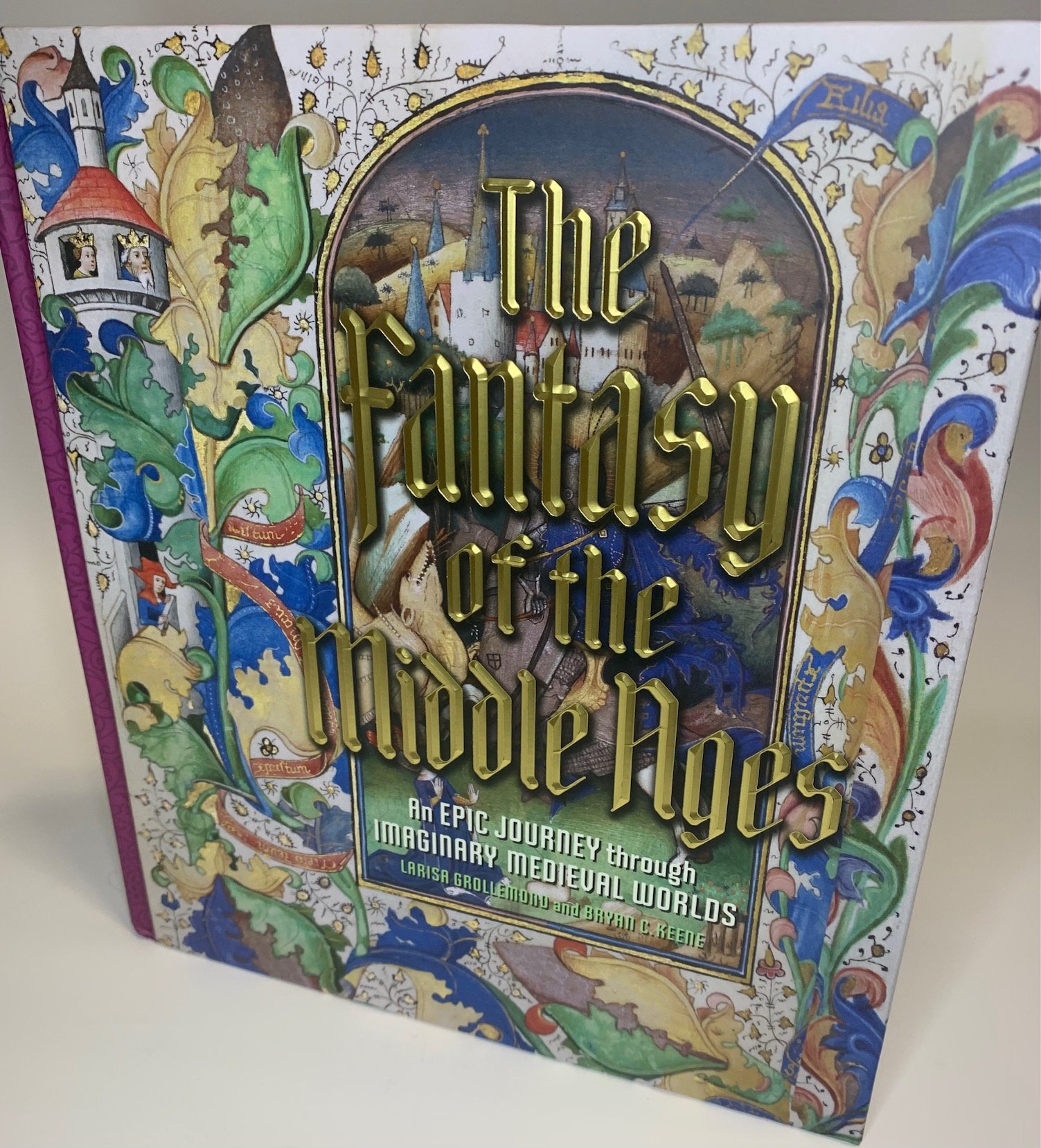 Medieval Fantasy: an epic journey through imaginary medieval worlds aims to uncover the many reasons why the Middle Ages proved so flexible – and applicable – to a variety of modern times from the 18th to the 21st century. These ‘medieval’ worlds are often the perfect terrain for exploring contemporary cultural concerns and anxieties, saying much more about the time and place in which they were created than about the actual conditions of the medieval period. With over 140 color illustrations, from sources ranging from 13th-century illuminated manuscripts to contemporary films and video games, and a preface by game of thrones costume designer Michele Clapton, The Fantasy of the Middle Ages will surprise and delight enthusiasts and connoisseurs alike. This title is published to accompany a exhibition at the J. Paul Getty Museum at the Getty Center from June 21 to September 11, 2022.

Click here to purchase this book at the Getty Museum Store

Read an excerpt from The Fantasy of the Middle Ages

Ideas about gender – identity, expression and roles – and about sexuality vary by place and time. Binaries such as masculine/feminine or heterosexual/homosexual present only a partial view of this complex aspect of human identity. Some of the examples in this book—both from the Middle Ages and later medievalisms—reveal the persistence of negative stereotypes, particularly about women and queer people. Many of these people lived fuller lives and had greater agency than the texts and images created primarily by and for heterosexual cisgender men might suggest. Throughout the medieval world, homosocial activities between groups of men or women could sometimes turn into romantic or sexual relationships. Similarly, people assigned a sex at birth could choose to express their gender in multiple ways, by dressing in clothing traditionally expected of a gender or performing tasks governed by their gender identity.

Characters that come to mind include Mulan, who disguises herself as a soldier in place of her father, and Joan of Arc (c. 1412-1431), discussed later. We cannot know whether an individual would have identified with terms developed in later periods, including heterosexual or homosexual, but also more specifically as lesbian, gay, bisexual, transgender, queer, intersex, asexual, two-spirit, and other gender no. compliant or not binary. identities and sexualities (abbreviated LGBTQIA2+). History is replete with many examples of individuals who defied societal or religious norms, a fact that medieval fantasy was relatively slow to adopt. We particularly reject the vile and harmful statements toward queer and trans communities made by some of the popular writers mentioned in this volume.

The expectations that shaped images of women in the Middle Ages, both fictional and historical, were often revised but ultimately reinforced with almost every new narrative. In post-medieval fantasy, one can find women warriors, queens ruling unabashedly, and princesses who refused to marry, but even these are circumscribed by a complex set of gender-based expectations that ultimately adhere to patterns patriarchal. Take the limited example of female knights in the Middle Ages. One of the most famous and controversial figures is Joan of Arc, a peasant girl who helped the French against the English at a decisive moment in the Hundred Years’ War, but was later tried again for witchcraft. , heresy and dress. a man. She was executed at the age of nineteen for her sexual transgressions and is revered today as a trans heroine. Women trying to lead in the Middle Ages and medieval fantasy faced an uphill battle, despite their strong wills.

In game of thrones, while there are several examples of powerful women in the series who wield influence using their feminine wiles and conforming to traditional standards of female beauty, including the Dragon Queen, Daenerys Targaryen; the Werewolf Queen of the North, Sansa Stark; and the Lion Queen, Cersei Lannister (who drops her husband’s surname, the late King Robert Baratheon) – it’s Ser Brienne of Tarth and Lady Arya Stark of Winterfell who are truly pioneering figures in this regard. In the fictional world of Westeros, Ser Brienne in particular not only assumes the chivalrous values, titles and arms of a knight, but also pushes against the gender binary in her physical appearance which is deeply troubling to other characters (cisgender , heterosexual, and queer) with whom she has meaningful relationships.

A gender-bending counterexample from Monty Python’s Arthurian tale shows Lancelot violently spilling the blood of wedding guests in an attempt to rescue a “princess” – whose missive the knight has found – but who turns out to be frail, genderqueer Prince Herbert, who does not want to get married but rather pursue studies and music. Such images flatten the expectation of gendered behavior that precludes any non-normative example. Knights who do not rush bravely into battle and women who are interested in weapons are out of step with this binary.

‘The Northman’ Blu-Ray Review: A Relentless and Thrilling Historical Thriller