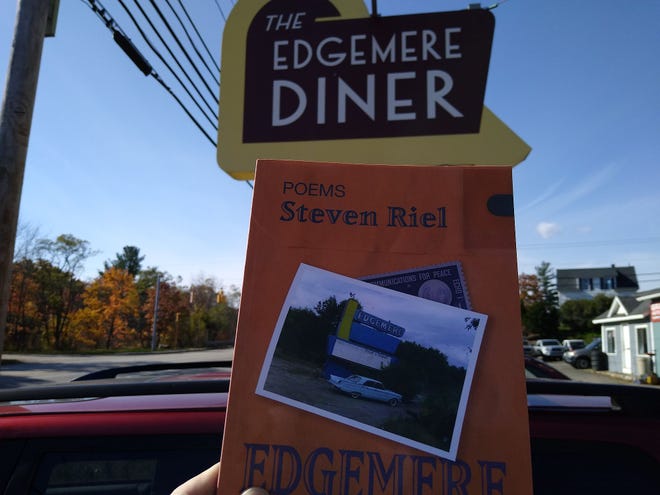 Poetry, the Edgemere Diner and the Vernon Hotel

AUTO IMAGE ORDER, EASIER: Dinners are one of those things close to the soul of Worcester and the surrounding area. After all, they were building them here. This is probably why everyone is so nervous every time something happens to them, whether they close or change owners or whatever. Each change is a small blow to the region’s sense of self, and seen as the herald of a coming calamity. Which, of course, might well be true, although it should be noted that diners and other restaurants change hands or go bankrupt with some regularity, usually for trivial reasons. Yet when Harley-Davidson threatened the Miss Worcester Diner over a mural depicting her logo, supporters quickly rallied. When Corner Lunch changed hands, it was followed with great interest. When the Sherwood Diner was moved to Polar Park to become the new home of the WooSox Foundation, there was a discussion as to whether this was an act of preservation or taxidermy.

EDGEMERE, REVISITED: Maybe that’s why, then, when I read Kim Ring’s item on Edgemere Diner in Shrewsbury auctioned, I couldn’t help but think of the title poem at Steven Riel’s new collection of poetry, “Edgemere”. In the poem, Riel – a Boston-based poet from Monson with family ties to Worcester – captures the empty desolation of this stretch of Route 20 with his echo of companies that use “Edgemere” in their name: “Looking out the windows of the car / who’d replenish Edge- / Mere Diner: Edgemere Mini / Mart; Edgemere compact; Edgemere Drive-In, sprinkled with saplings, / its empty driveway / marquee large enough to sport a dual feature. Riel’s book features a photograph of the now defunct Edgemere Drive-In sign, which has now disappeared, although locals intend to renovate it. The future, it seems, is moving forward, leaving us to decide which pieces to keep. Is it conservation or taxidermy? After all, it’s hard not to have mixed feelings when you see the Spag sign in the produce section of Shrewsbury Whole Foods. That, and naming the store’s restaurant the Borgatti Bar, after Anthony “Spag” Borgatti, still seems a bit as if the store is trying too hard to be seen as “honoring Spag’s legacy.” Be warned, Whole Foods’ prices aren’t as bad as it’s often claimed – a rep who has earned them the nickname “Whole Paycheck” – but they don’t give away free tomato plants either. When do we honor the past and fetishize it instead?

HOTEL VERNON STILL STANDING: The good news is that the Vernon hotel should reopen on Thursday, November 4th. The new hours of operation were not yet available at the time of writing, but it’s always good to see one of the watches again in action after being closed for so long, between the COVID-pandemic. 19 and renovations. The classic bar, which was the subject of Lea Graham’s 2019 poetry collection, “From the Hotel Vernon”, reportedly received a cleaning and new beer taps, among other changes, but is otherwise the same, with accessories such as the Captain Burl Ives wheel bequeathed to the bar still prominently in the ships room and the mural that would have been painted by Al Capp always present. Will there be any other changes to come? This is an open question. Maybe it will eventually be a museum piece or item in a historic Worcester theme park, or maybe it will just be kept in poetry, but for now it’s good to have some something that remains familiar, while the world around it changes.