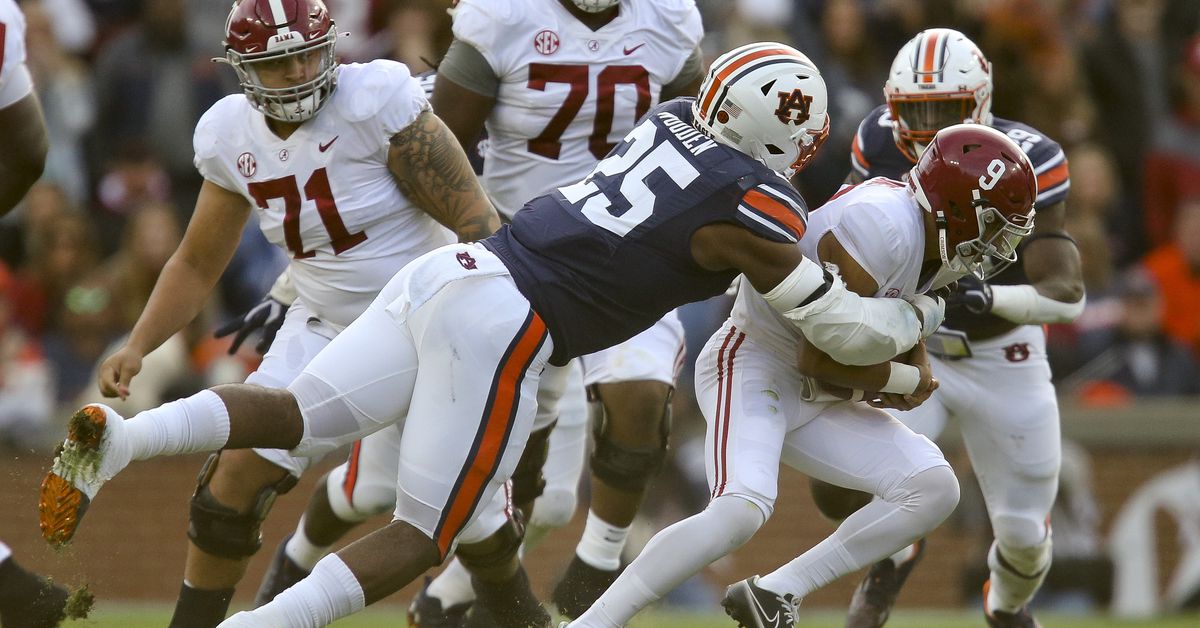 Going into the 2021 season, the offensive line had some question marks, as usual. Alabama is a program that regularly turns over critical starters in most personnel groups — and each season the Tide tends to typically lose at least two starters up front: top executives are a rare privilege at Tuscaloosa. The loss of Landon Dickerson, the beating heart and the 2020 team mascot, was significant, as was reigning Outland Trophy winner Alex Leatherwood.

But there was no this lots of real red flags. In fact, there was reason to be optimistic.

Alabama had recruited heavily along the line in recent years; there were plenty of veteran substitutes – including Chris Owens, who had played admirably in relief; the Tide has just landed the famous Brockmeyer twins; the Tide returned the best offensive lineman in the country to Evan Neal.

But, it turns out, what Alabama lost was far greater than the sum of its parts — and especially with the coaching staff, as Doug Marrone single-handedly put in the worst performance of a Alabama assistant since Dave Rader. In fact, I would take a red-zone offense from Dave Rader on an unselfish Doug Marrone offensive line again any day, and twice on Sundays.

When we covered the hiring of Eric Wolford, we went into detail about the many measures in which the tide was miserable. I covered a few yesterday.

But I’m a sadist, so I’ve added a lot more to your consideration as well.

Those bag numbers are awful, of course. And that was a passing offense, of course.

But ask yourself: why has the offense gone so far?

Because Alabama was just terrible at opening holes on standard downs: just 2.65 YPC (86th nationally). This led Alabama to go must passes on 50.5% of all third attempts.

And what was the result of these attempts in obvious overtaking situations?

Alabama gave up a sack on 9.4% of those snaps — 85th in the nation and 3rd worst in the SEC. Only Bryce Young’s stunning accuracy on third down kept the Tide from having a disastrous attack, in short. And, even then, he played some very pedestrian teams very closely specifically because the attack couldn’t move the ball – and lost another one altogether.

What you saw on the field last year, and the numbers above, aren’t just pitch counts; and it wasn’t just the number of games. It was a holistic sadness factory.

The reasons for the dismal and appalling performance of the Tide are legion, but those Why are much more ephemeral.

Yes, Alabama had injuries down the line early in the fall that kept them from gelling. But, even in good health, no grouping of personnel was ever fully established. The Tide started six separate personnel packages in just 15 games.

Communication issues and players out of space were others. Losing Landon was huge. Not only was he physically dominant, but he did an outstanding job calling the defense and getting everyone on the same page. That wouldn’t be the case for Alabama before the SEC Championship, when Seth McLaughlin took over as center.

Yet another is long standing: despite Alabama recruiting heavily down the line, for some reason these blue-chipers weren’t ready to step in and get started. Many never even got off the bench. Whether this is a function of lack of recruitment or lack of development by a rotating coaching staff remains to be seen.

More importantly, all of this leads to one factor: coaching.

At the end of the day, Doug Marrone is the adult in the room; he is the one who is paid to coach and develop. He’s supposed to find the right group that has the potential to form chemistry. It was his duty to find a center that could communicate; a right tackle that wasn’t a spinner; the inside linemen who could open holes and impose their will; players who could be physical and not lazy.

At the end of the day, Marrone did none of those things. He practically stole taxpayers’ money. And while I say that jokingly and exaggeratingly, I hardly do.

Doug Marrone took the top spot as the worst recruit of Nick Saban’s tenure with a ball; a swing and miss of such monumental proportions that Alabama should have been a four-game losing team rather than one that overcame its inability to win an SEC championship and play for a national title.

“But the SEC championship…” I hear you say.

What about the SEC Championship?

Georgia sat in a basic package and didn’t pressure Young. When a slam-dunk was thrown for the line, they played impressively. Marrone didn’t have to do nothing. Yet when that rematch happened, when the fully functioning Death Star was unleashed, Marrone had no answer. You have seen his true merit and his courage. The Tide suffered the much more realistic fate of an atomized Alderaan, rather than the far less unlikely victory of the rambling Ewoks on Endor.

around these parts, were supposed to be the bully. But in the end, we were just a bunch of poorly trained, fluffy slackers – one with guys out of place, out of position, out of leadership, and often, it seemed, completely out of motivation – the one who let their lunch money get caught without even a fight.

It gets people fired.
It benches people.
Both would happen, but far too late for the 2021 Alabama Crimson Tide.

From that perspective, it’s hard to quantify this as anything other than failure. Welcome to the historic flop. This will not happen again.

This survey is closed

Lizz Huerta on Her Mesoamerican Feminist-Inspired Fantasy THE LOST DREAMER

Experiencing Kenosis in the Poetry of Donne and Shakespeare ‹ Literary Hub