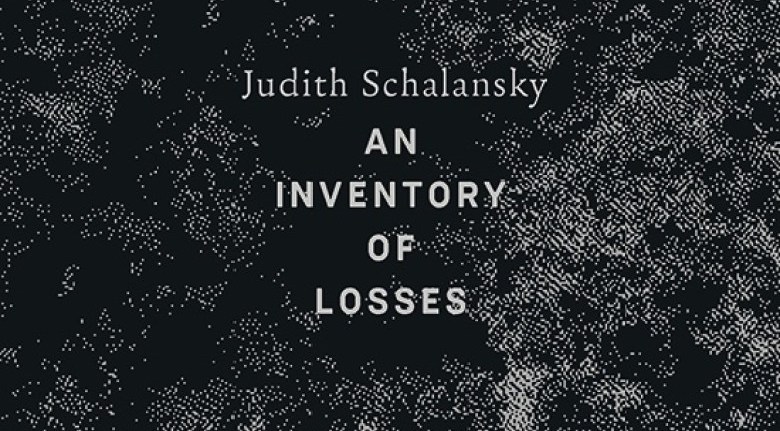 There is matter from the past: objects, images, memories, places, writings, ruins, bones. And then there is what we do with it: sort it into archives, museums, libraries, websites; burn it, hide it, share it or die with it, make a memorial to it, tell its stories everywhere. “In the end, all that’s left is simply what’s left,” writes Judith Schalansky in the preface to her collection. An inventory of losses, translated from German by Jackie Smith. Of course, Schalanksy knows that what remains is much more complicated; The eternal resonance of an object depends on whether it lands in friendly or hostile hands, on if and how we choose to move it forward.

An inventory of losses seeks to breathe new life into buildings, beings and places that have faded from the collective consciousness, leaving behind only tiny traces. Schalansky opens each of the book’s 12 stories with a historical prelude describing the knowns and, more commonly, the unknowns of the subject matter. From there, she launches into an exhibition that is sometimes unrelated to the ostensible subject. The genre is the dealer’s choice; it oscillates between (possibly) personal anecdotes, historical fiction, nature writing and more academic essays. The result is a simmering excursion of free association through time and space, loosely following the scent of memory or the ghosts of the archives. As in memory itself, Schalanksy fills in the gaps left between data points by emotion, speculation, or sheer fantasy.

A mansion built in Rome in the 17th century and demolished in the mid-1800s, for example, offers an opportunity to reflect on the perpetual appeal of ruins. Artists visit Rome to see the ruins, she writes, venerating them “like relics” and “hoping for their resurrection, insatiably enraptured by the lost splendor”. Because “there is always something missing”, the process of visualizing a ruin is a generative act in itself. “The eye sees, the mind completes: fragments become buildings, the deeds of the dead come to life, more glorious and perfect than ever.” But the experience is not universal: “no barrier separates the ruins of miserable working lives from their occupants, who are unimpressed, but live as they would anywhere else.” At its heart, the story looks at a city “stuck between the ages” and considers how people live with and make sense of the remnants of the past.

Such fruitful and intriguing conceit (Resurrection! The unearthing and naming of that which is gone!) can leave something to be desired in practice. The writing is rich, well-researched, and imaginative, but often lacks the narrative thrust that gives the story momentum. Reading An inventory from one end to the other, it is to succumb to a feeling of disorientation. But then isn’t that the very nature of lost things: to be torn from their contexts, their stories left to drift?

“Guericke’s Unicorn” begins with physicist Otto von Guericke, who is said to have “discovered” a unicorn skeleton in the 1600s. The ensuing story follows the narrator’s stay in a chalet in an alpine hamlet, where she journey with the purpose of researching and writing a “monster guidebook” that would “categorize their nature, physical characteristics, ancestral habitats, and individual behavior”. After a few monotonous and contemplative days of long walks and studies, she is disappointed to discover that the mythical beasts around the world no longer surprise her. “The similarities were all too obvious: each new story quickly turned out to be an amalgamation of familiar old settings.” Searching for something extraordinary in the past, she returns again and again to the mundane, discovering that “real life was considerably more eccentric than fiction”. She spends the rest of her time recounting her trek through the woods and exploring the local town, interspersed with reflections on time, dreams, and magic. The closest thing to a unicorn is a tattoo on the wrist of a trader.

In the final and most touching play, a man becomes obsessed with the moon and travels there to manage an exhaustive archive of human civilization housed there. But the imperfect systems of humanity follow him. Just as on Earth, disputes erupt over methodology and power; “Periods of willful neglect have been followed by periods of excessive worry.” Overwhelmed and discouraged, he chooses to keep only artifacts that refer to the moon in his “Lunarium”. Ironically, he feels even further removed from the moon he had once admired from afar: “The object of my highest admiration had become one of my daily chores, and the bright future had vanished into an inaccessible past. Only the present, tender flower of the moment, had always been able to hide from me. In this bittersweet conclusion, we are reminded that the present is for living, not just cataloging.

The collection presents us with a line of idealistic archivists, their projects doomed from the start. Even if recording the whole story were possible, the information would be obscured by the vastness. What is notoriety if everything is notable, what is fame if everyone achieves it, what will we really remember if everything is saved? As I read, I kept coming back to a question of curation; why should we care about this specific set of objects, places and things, when countless others in the world have been lost, are being lost right now, never to return? How to choose what is kept, what is mourned?

Fiona Bell, writing in the Book review in Los Angelescommented on the reading experience An inventory during COVID-19, at a time (like many other times in history) when the stakes for preservation seem particularly high. “With these catastrophic losses in mind – as well as the continued potential for even more deaths – it’s hard to take seriously the loss of a 1919 silent film or the demolition of an apartment building in East Berlin” , she wrote. This is a very fair point. While I don’t think it’s all literature’s job to drown in the misery of the moment, it’s hard to read this book and not wonder “why these?” But just as the collection proves the failure of preservation, it also proves the potential for creating something new from the rubble.

An inventory of losses by Judith Schalansky (2021) is published by New Directions and is available online and in bookstores.